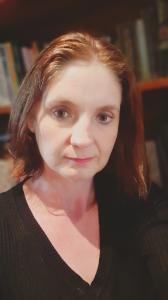 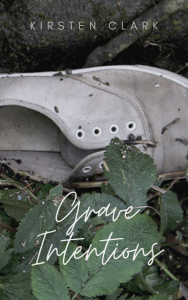 Grave Intentions - the first book in the Sarah Graham series 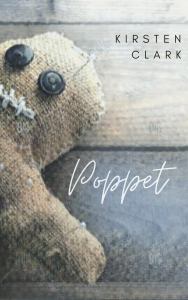 Poppet - the second book in the Sarah Graham series

CAPE TOWN, WESTERN CAPE, SOUTH AFRICA, February 21, 2022 /EINPresswire.com/ -- It is not often that someone so closely connected to crime and writes about it. “Grave Intentions” and “Poppet” are penned by Kirsten Clark, a Clinical Psychologist and behavioural analyst with the South African Police Service (SAPS).

As part of the small but niche and uniquely trained Investigative Psychology Section, Kirsten has first-hand knowledge of the depth of human depravity and the existence of evil within ordinary South Africans. Being based in a department that fulfils the function portrayed by the FBI’s Behaviour Analysis Unit, she has used this ‘insider’ knowledge to create a gritty and realistic background for the unfolding story of Sarah Graham. As she notes, “This is a case of art mirroring life, at least in these novellas.”

Sarah, the protagonist in “Grave Intentions” and its sequel “Poppet”, is a bored and unfulfilled Clinical Psychologist working at a government hospital in Osindiswini, north of Durban in KwaZulu-Natal, South Africa. In “Grave Intentions”, she meets Captain James Fourie, a detective from the SAPS Violent Crimes Unit who is investigating a series of brutal murder which have occurred within eyesight of Sarah’s old farmhouse.

Sarah unwittingly becomes involved in the investigation and is both stunned and horrified to discover she has a talent for understanding killers. She uses her training and her innate intuition to assist James with the case.

“Poppet” continues her story, picking up a few months after the events in “Grave Intentions”. Now employed by the SAPS as a profiler, Sarah and James investigate a serial killer who appears to be consumed by Oedipal rage, exacting out his anger and sense of betrayal against motherly women in a viscerally disturbing manner. Sarah realises that the killer is not what he seems based on the crime scenes and she takes a serious risk to prove this.

The third book in the series, “Belladonna”, is being written at the moment. Sarah goes solo on an investigation into a serial poisoner in Cape Town. She feels out of her depth without James but turns to her instincts and training to track down the perpetrator of these seemingly misogynistic crimes.

Kirsten reveals that, “I began writing the first book about six months after joining the unit. I had been working in the medical environment before that and found my new job overwhelming and terrifying at times.:

"Creating Sarah and writing about her has been one of the most effective ways I have found to help me cope with my work. The issues she grapples with are the same ones I face on a daily basis. Writing about her and her journey is cathartic – she helps me keep my sanity. That’s not to say that she and I are exactly the same! We are similar in many ways but we are very different too. She shares some of my fears and anxieties and I hopefully embody some of her abilities.”

“Grave Intentions” and “Poppet” are available on Amazon Kindle. “Belladonna” will be released in an e-book, novella format on the same platform in June 2022.