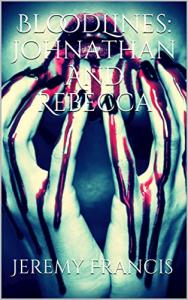 Cover image for the debut novel by Jeremy Francis, BloodLines: Johnathan And Rebecca 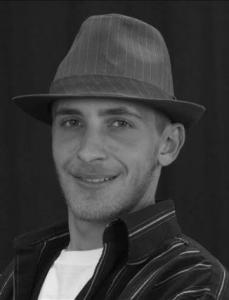 A fresh new novel from a fresh new author brings a fresh take on a familiar genre.

AURORA, COLORADO, UNITED STATES, November 22, 2021 /EINPresswire.com/ -- Jeremy Francis is proud to announce the release of his debut novel, BloodLines: Johnathan And Rebecca on Amazon this Thanksgiving. Johnathan And Rebecca is the first instalment of The BloodLines Saga which follows Johnathan Gray, a one-of-a-kind 900 year old vampire hybrid who possess the ability to feed on other vampires and absorb a portion of whatever talent or ability that vampire has, and Rebecca Waterson, a shy and withdrawn investigator for a New York City television station who thinks she is content with her average life. Rebecca is immediately taken with Johnathan after he saves her life when it is threatened by Johnathan's nemesis, Lazarus as he puts his latest master plan into motion.

Johnathan finds himself drawn to Rebecca as well, but it is due to her resemblance to his long dead love, the same reason he could never return her feelings. They are forced to go on the run together, facing a new danger or mystery around every corner, and seek help from Johnathan's vampire family and members of the ancient organization charged with upholding the laws and maintaining the secrecy of the vampire world, the Anziani, who are also Johnathan's former employer. It is revealed, however, that there is a traitor within the Anziani when a prisoner that Johnathan captured years earlier is mysteriously released, a man by the name of Archanius, better known to the humans as the infamous Jack The Ripper. With only five people in the world that he truly trusts, Johnathan and Rebecca go underground, but are tracked down by Lazarus's forces and decide that they must face their enemies head on, or die trying.

Forced to repeatedly face Lazarus's army and infected with a mysterious illness that seems to only affect him, Johnathan is pushed to the limits of what he can endure but is pulled back from the brink by his need to ensure that history does not repeat itself; his need to protect Rebecca at all costs. Over the course of their journey Johnathan and Rebecca both find what they never knew they were looking for, each other. Even with all the danger they face, could the scariest thing really be falling in love?

BloodLines: Johnathan And Rebecca is packed with, action, comedy, romance, and intrigue from the first page until the very last and will leave readers spellbound as they devour page after page, leaving them thirsty for more. Told from the perspectives of both Johnathan and Rebecca and set in a wider mythological world containing everything from faeries to wizards and even a race of walking, talking gargoyles, and where even the Gods of Olympus are revealed to have been a vampire coven. Readers of all ages from young adult to grandparents can enjoy The BloodLines Saga, and fans of series' like Harry Potter, Twilight, and The Hunger Games will find it a good fit for the void that their conclusions left behind. Paperback copies are available for mass distribution through Ingram Spark as well as on Amazon and the hardcover and eBook editions are available exclusively on Amazon.

Jeremy Francis is a single parent of four living in Aurora Colorado and currently works as a server at a casual dining restaurant. Born in Denver on April 15 1982 he has been faced with a great number of challenges over his thirty-nine years. He first conceptualized The BloodLines Saga at the age of thirteen, but struggled with addiction through high school and into his twenties, even finding himself homeless for a brief period at age nineteen. Poor health also plagued him for much of his life, having had pneumonia nine times in a single year and suffering kidney failure twice, the first as a result of the bacterial infection C-Diff in October 2018 and most recently from COVID-19 in October 2021 which resulted in the delay of BloodLines: Johnathan And Rebecca releasing on its originally intended date of Halloween 2021. He met his wife, Holly in 2011 and their daughter was born shortly after in June 2011, with the addition to the family of sons in January 2014, July 2017, and June 2018. The family was evicted from their home in November 2018 and all four children were placed in foster care while Jeremy and Holly were forced to live in their car for nearly a year, which severely strained their relationship causing them to separate, though they maintain a close relationship and continue to provide support to each other. After three years of toil Jeremy finally regained custody of the children in September 2021 and the family is overjoyed to be reunited. The release of his debut novel marks the achievement of a life long dream and the start of a promising new career.