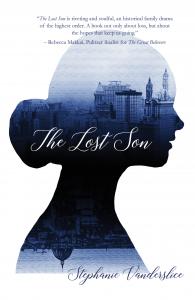 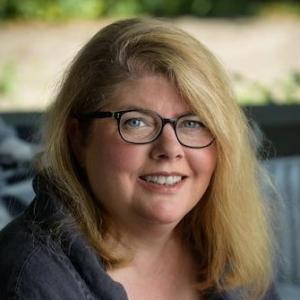 The book centers on Julia Kruse, a German immigrant, who is living the American dream in 1920s Queens, New York. Julia’s husband is a successful businessman, and she is the mother of two boys, Johannes and Nicholas. Her life is shattered, however, when she discovers that her husband and the baby’s nurse have kidnapped Nicholas from his crib and returned to Germany. The book follows Julia as the Great Depression looms and she struggles to provide for her remaining son Johannes. She never gives up hope of finding Nicholas, even as her attempts are thwarted at every turn.

Now, with World War II on the horizon, the book’s heroine worries that she might lose her son Johannes, who has enlisted in the United States Army. But, help comes in the form of a new love interest, Paul Burns. He is a chauffeur whose boss has political connections. Meanwhile, Johannes, who is stationed in Germany and fighting for the Allies during the last days of the Third Reich, must run a race against time to bring his younger brother home to America and back to Julia.

Vanderslice spent over a decade crafting this story of love, loss, and redemption after learning the history of her step-great grandmother and the tragic events that led her two sons to fight on opposite sides of World War II. “I imagined most of it from a skeleton of facts and it ends quite differently from the real story,” she explains. “But, my Great Grandmother Julia inspired it and has always inspired me to persist in tough times.”

The Lost Son is available at bookstores via Bookshop, Barnes and Noble, and other online outlets where books are sold. It is also available through her publisher, Regal House Publishing.

Vanderslice will launch the book through an online event at Kew and Willow Bookstore in Kew Gardens, Queens on March 15. Other events are slated for Philadelphia, and numerous locations in Arkansas, Boston, and the Northeast this spring and summer. A calendar of events is available on her website, www.stephanievanderslice.com.

About Stephanie Vanderslice:
Stephanie Vanderslice grew up in upstate New York and was born in Queens. A longtime creative writing professor at the University of Central Arkansas in Conway, Arkansas she is the author of several nonfiction books. The titles include The Geek’s Guide to the Writing Life: An Instructional Memoir for the Rest of Us, which was named one of the best books on writing by The Writer and Poets and Writers magazines.