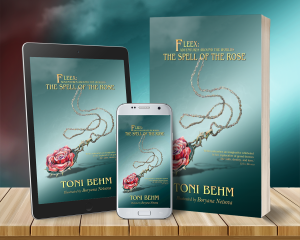 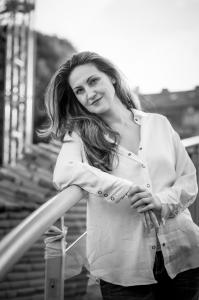 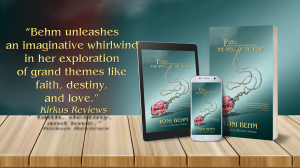 The book is a Fantasy/Action/Adventure novel available on Amazon in both paperback and kindle formats.

ANN ARBOR, MICHIGAN, UNITED STATES, December 11, 2021 /EINPresswire.com/ -- Author Toni Behm is pleased to announce the launch of her first Fantasy/Action/Adventure book on Amazon, The Spell of the Rose (Fleex: Adventures Around the Worlds Book 1).

Born and raised in Stara Zagora, Bulgaria, Toni Behm graduated MA in Bulgarian Language and Literature from the University of Plovdiv and later certified as a TEFL teacher. She has worked at a local radio station, newspaper, and then as an English teacher at school and university. In 2008, Toni moved to the USA to begin her writing career with an initial, short, and humorous fantasy story that turned into a much longer fairy tale.

In her most recent news, Behm is announcing the release of her latest novel, The Spell of the Rose (Fleex: Adventures Around the Worlds Book 1). The book highlights the choice between good and evil, and the classic influences upon making that choice, which are revealed as Fleex, the book’s main character, contemplates his immediate goals and undertakes bigger-picture spiritual and philosophical reflections on life's meaning and influences.

The Spell of the Rose is a story about a young man who finds himself in the village of Fogland, where it is always autumn. Like all who live there, Fleex does not remember who he had been before. The woman he is in love with – Fin – is taken by a monster after she remembers her past and shares her secret. To save his love, Fleex will need to venture beyond the safety of “home” to somehow save her, finding his way through countless worlds, collecting scattered clues.

Fleex soon finds his quest means rather more than simply saving Fin. To our hero, the very universe is hanging in the balance now, for music, knowledge, and all things good are slowly being swallowed by a monster made of light. Only time will tell if Fleex can mend the fractures greed has caused, either reclaiming Fin or meeting his fate en route.

“On the surface, The Spell of the Rose is a fairytale which follows Fleex through numerous worlds,” says Behm about her latest book. “Beneath that layer lies exploration of themes like sacrifice, forgiveness, the origin of evil within us, redemption, value of knowledge, etc. – all things readers can relate to on some level. What’s unique about this book is that there is hardly any violence, as I believe battles can be won different ways. There is too much violence in entertainment nowadays anyway, I didn’t want to add to it, making the book appropriate for younger ages (11+) and not only adults.”

Raving reviews of the book are already pouring in, with Kirkus Reviews saying, “[The Spell of the Rose] is an inventive quest tale with colorful concepts that take center stage,” and Diane Donovan, Donovan’s Literacy Services, stating, “Toni Behm's enchanting fantasy may be read on many levels. It works as an attractive adventure story, a philosophical inspection, a religious commentary, a cultural exploration, and a dynamic myth-based mystery, all in one."

The book is translated by Milena and Simon Bullock and illustrated by Behm’s sister, Boryana Netsova.

For more information about Toni Behm, or to order The Spell of the Rose, please visit https://www.amazon.com/dp/B09KM8562F.

Toni Behm is a Bulgarian-born author, known under her published pen name, A.V. Osten. Behm’s first e-book is her dystopian novelette, The Head Employee Precedent, which is part of the Hemisphere series.

Toni lives in Michigan with her husband, daughter, and their two cats.