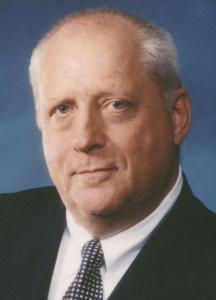 Fascinating history that might have been lost for ever

Few people realize just how fascinating the history of these two state parks is which is why I decided to make the books available to as many people as possible for free.”
— Don Philpott
LONGWOOOD, FL, UNITED STATES, December 13, 2021 /EINPresswire.com/ -- Longwood author Don Philpott’s 250th and 251st books have just been published featuring the histories of Wekiwa Springs State Park and Rock Springs Run State Reserve - and both are free.

Don has been a volunteer at Wekiwa Springs State Park for more than 20 years and has spent years researching the history of Wekiwa and neighboring Rock Springs for the two companion books.

They have now been published electronically and are available as free downloads from the website of the Wekiva Wilderness Trust, the volunteer nonprofit group that supports the work of the Wekiva River Basin State Parks. The website is www.wwt-cso.com.

“Few people realize just how fascinating the history of these two state parks is which is why I decided to make the books available to as many people as possible for free,” he said.

“Wekiwa Springs was known as Clay Springs until 1906 and was a bustling little town in the late 19th century with a 50-room, three-story hotel overlooking the springs. It attracted visitors from around the nation who wanted to bathe in the “health-giving” waters.

“It had a school, railroad stop, post office, steamboat jetty, winery, and even a newspaper. It also boasted a skating rink, dance pavilion and bathhouse, and a rail toboggan ride down the slope which then tipped riders into the springs – making Clay Springs the first tourist attraction in Central Florida,” said Philpott.

“The history of Rock Springs is even more incredible. Before the Civil War, William S. Delk bought 3,000 acres surrounding the spring. When war broke out, he was arrested by Confederate troops as a Union sympathizer, but escaped, returned to his plantation to free his slaves, and then headed north to support the federal troops.

“After the war, Delk returned to Rock Springs and many of his relatives settled in the neighboring long-forgotten township of Ethel in what is now the state park. Nothing would be known about Ethel had it not been for the chance discovery of two gravestones in 2008.

“One of Delk’s freed slaves was Anthony Frazier. He fought as an infantryman in a Colored Regiment in the Union Army and after the war returned to the area buying land and prospering. In 1880 he was appointed an Orange County Commissioner of Roads, an amazing achievement in those days for a freed slave,” said Philpott.

There are now plans for a self-guided walk at Rock Springs around Ethel with markers indicating the main points of interest.
“There is still a lot we don’t know about the townships of Clay Springs and Ethel but we have been able to discover quite a lot of information and I hope that if people read about this, it might bring in even more memories, documents, and pictures so that their histories can be preserved,” he said.

Don has been a writer for more than 50 years. For 20 years he traveled the world reporting for Reuters-Press Association, the global wire service, before founding Mediawise Communications, an international marketing, and PR company. He volunteers at Wekiwa, serves on the board of the Florida State Parks Foundation, and is vice-chair of the National Association of State Parks Foundations.