Carlos Dorado: Bitcoin is emerging as a vehicle of payment and investment 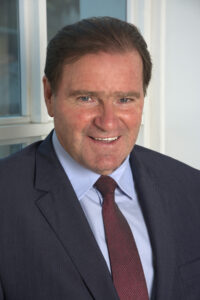 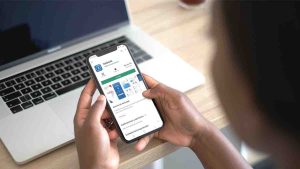 Carlos Dorado believes that any suggestion in this field are always dangerous, especially when economic analyzes are overshadowed by irrationality

They are timidly buying it to give diversity to their portfolio, with the idea of keeping it over time, beyond those who speculate with it”
— Carlos Dorado

MIAMI, FLORIDA, UNITED STATES, February 4, 2022 /EINPresswire.com/ -- Bitcoin and other cryptocurrencies are emerging as the future of a market without restrictions by the State and central banks. Many speak of being a more democratic, anonymous and even secure currency, while other experts think that it will never be a currency. Carlos Dorado, as vice president of Italchange, believes that it will become a vehicle of payment and investment.

Bitcoin was born in early 2009, when Satoshi Nakamoto (pseudonym of its author or authors) created it to make purchases online only. Since then, this cryptocurrency marked the beginning of an era of changes in the traditional means of payment that is not issued by a government and its central banks.

“The use of technology, the decentralization of a government; a finite amount of issuance (only 21 million tokens will be mined), produced in small daily blocks through the mining or production of a “network” of people running thousands of computers around the world. Just as the change in the way of printing a means of payment, in which supposedly no computer or institution can change the rules or control of the network marked a beginning, all this seems to indicate that bitcoin will manage to become a means of payment and investment more accepted every day”, says Carlos Dorado, vice president of Italcambio.

Bitcoin, which today exceeds the barrier of 40 thousand dollars, was seen as a means used online to pay for activities resulting from illegality, and despite the fact that this perception continues, it gives the impression that it is gaining ground in the difficult field of trust, recalled Carlos Dorado.

“All of the above, coupled with its limited supply and availability, the vast majority in the hands of very few (who can manipulate the market), has unleashed a speculative fever, which has meant that since March of last year to date there have been gone from $4,000 per unit to $40,000. An unthinkable rise today for any type of currency or investment in the world”, said Carlos Dorado.

But where is the limit?

It is the most frequent question today among those who look with a certain astonishment at the unprecedented rise of bitcoin.

In fact, investors already see it as an alternative investment asset, recalls Carlos Dorado, vice president of Italcambio "They are timidly buying it to give diversity to their portfolio, with the idea of keeping it over time, beyond those who speculate with it", he indicated.

But, bitcoin will continue to rise based on supply and demand, as it maintains other characteristics that give it greater value, such as:

1).- It is used as a means of payment. Last October PayPal announced that it allowed its customers to buy bitcoin and keep it in their accounts.

2).- That it be seen as a new investment asset, and that institutional investors integrate it into their portfolio.

3).- That the quantity produced and in circulation is finite.

However, it has two enemies at its door: "The regulations that may arise in reference to cryptocurrencies, and quantum computers," said Carlos Dorado, vice president of Italcambio.

In October, the United States Department of Justice issued a report in which it stated that “this technology plays an important role in the most significant crimes. And it is one of the security threats facing our country.”

In that sense, Carlos Dorado pointed out that the only thing that should be done is a tough regulation, a declaration of illegality, a process against one of the big ones, so that the market collapses drastically.

“Without a doubt, every day there is a greater number of investors who are already seeing it as an investment alternative, and would like to invest legally and with regulation in this asset. But on the other hand, it is still being used as a means of payment for many illegal activities,” he recalled.

It is also a market viewed with great caution by the governments that dominate the world financial system, but nothing has been said yet.

“On the other hand, the technology used to mine is through current computers, but quantum computers are no longer the future. These perform much more complex tasks in less time, establishing new algorithms that will make insoluble problems a matter of the past, and bitcoin could be seen as a monopoly game, which today was an idea and a technological genius”, explained Carlos Dorado , who would not want to stop thinking “that we are facing a new 'tulip' crisis, the first great financial bubble in the world, where the Dutch in the year 1600 had a speculative fever with tulips. To the point that with a tulip bulb you could buy a beautiful house on the canals of Amsterdam. Like any bubble, they make billionaires out of a few, at the expense of the vast majority.”

What would Carlos Dorado recommend?

The vice president of Italcambio believes that suggestions in this field of cryptocurrencies are always dangerous, especially when economic analyzes are overshadowed by irrationality.

But, Carlos Dorado is concerned that the message is: “don't work, don't produce, because you earn much more speculating. If this is the future, it is worrying.”

He considers that just like life, rationality, logic and precautions are always the best advisers, “and perhaps investing something could be a good alternative, investing everything or leveraging yourself to take larger positions with the illusion of earning a lot in a short time. I don't think it's the healthiest of strategies,” he emphasized.

He recalled that "exaggerated and irrational ambitions, in whatever field, always end up being very dangerous."