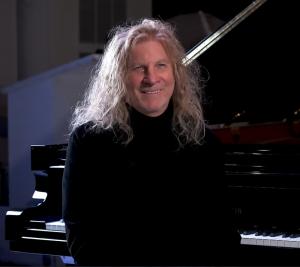 Music Inspired by Middle Earth, Vol II was composed, performed and produced by David Arkenstone, and recorded at the artist’s new studio, The Bamboo Room, in Arroyo Grande, CA. 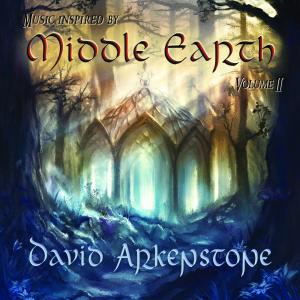 Twenty years after releasing MUSIC INSPIRED BY MIDDLE EARTH, David Arkenstone releases Volume II, to the delight of his Arkenfans 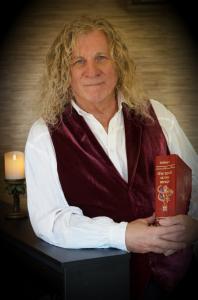 Appealing to J. R. R. Tolkien lovers and cinematic music fans of all ages, the new album is a music interpretation of stories from the #LOTR books; it is available in CD, digital download and streaming formats worldwide.

The first Inspired by Middle Earth was an intimidating album to do...It’s a lot like painting on a canvas...my aim was to make music that reflected what I felt about Tolkien’s words and stories.”
— David Arkenstone
LOS ANGELES, CA, USA, June 10, 2022 /EINPresswire.com/ -- Today, David Arkenstone releases MUSIC INSPIRED BY MIDDLE EARTH, VOL II (QDV), a Lord of the Rings-inspired journey of 14 original compositions that showcase Arkenstone’s impressive compositional range from gentle orchestrals to soothing soundscapes and epic cinematic anthems. Currently holding the #1 Bestseller spot on Amazon for new releases in its category, this album comes almost exactly 20 years after Music Inspired by Middle Earth, Vol. I, a bestseller in Arkenstone’s vast discography. Appealing to J.R.R. Tolkien fans and cinematic music fans of all ages, the album is available in CD, digital download and streaming formats worldwide, including Bandcamp, with vinyl expected in the coming months.

Lead singles and videos for the album included the calming “The Houses of Healing”, the excitingly epic “Shadowfax and the White Rider” and now “Daughter of the River”, a soothing, elegant ode to author J.R.R. Tolkien’s mysterious character Goldberry. Arkenstone uses lilting harp, flutes and the dreamy wordless vocals of singer Jillian Aversa to fashion a soulful and watery homage to Goldberry’s story of being a river-spirit of the Withywindle, a tributary of the Brandywine River.

“The first Inspired by Middle Earth was an intimidating album to do,” Arkenstone says. “The way I created the first album – and now Volume II – is choosing elements of the story I wanted to illuminate musically, then closing my eyes, getting the instruments in front of me – guitar, keyboard, flute, pennywhistle – and then experiment by putting sounds together, like a form of Impressionism,” Arkenstone says. “It’s a lot like painting on a canvas. Not every melody popped out instantly, but my aim was always to make music I thought reflected what I felt about Tolkien’s words and stories.”

While music fans naturally want to compare the first volume of any series with the next, JWVibe music reviewer Jonathan Widran says there’s no need to do that with these two grand visits to Middle Earth. “Vol. 1 and Vol. II are equally-inspired masterworks, fully complementary to each other,” he writes, “illustrating different facets of Tolkien’s mythological world and telling an original story in a fresh, stylistically diverse way – as only a musical imagination as fertile as Arkenstone’s can.”

Lovers of soundtrack music by Hans Zimmer or Vangelis will enjoy the dramatic compositions on Music Inspired by Middle Earth, Vol. II. “The Shadow of the Past” opens the album by setting the mood and introducing Arkenstone’s overall musical impressions of the story, followed by the lively Celtic-styled dance featuring pennywhistle, concertina and Luanne Homzy's playful fiddle, at “The Green Dragon”, a pub where the Hobbits hang out. A mystical choral and harp/flute piece conveys "Caras Galadhon", one of the most magical spots in Middle Earth, while organic, percussive sound effects take us into “Fangorn Forest” and the frightening, foreboding march into “Minas Morgul”, one of the most dangerous places in Mordor. “The Returning” (featuring choir, English horn and harp) is a reflective, percussive and sweeping finale.

Arkenstone is expected to announce a series of live concert dates in support of the album in Summer/Fall 2022, and his growing Arkenfan Community may be the first to hear the news. Wanting to connect more directly with his fans, David recently established the free private membership community to give early access to new music, livestreams, news, and exclusive merchandise giveaways.

Artist interview requests and CD review copies may be directed to Beth Hilton or Windy Campbell at The B Company. International radio promotion is being serviced by Music Promotion, Inc. For bookings, touring, and business requests please contact manager/producer Victoria Paige Meyerink at victoria@meyerink.com.

About David Arkenstone:
With 5 GRAMMY(R) nominations, 2 SAMA nominations, 20 Billboard hits, numerous film, TV, and game soundtracks (including World of Warcraft) and dozens of albums in release, David Arkenstone has established himself as one of the most diverse, prolific and established contemporary instrumental musicians of our time. You’ve heard his music on everything from NBC sports such as The Kentucky Derby, The British Open, and Premier League Soccer to high-end commercials. This world renowned multi-instrumentalist captivates audiences with distinctive tracks that inspire the imagination. A musical storyteller, David is passionate about taking his listeners on a journey by creating sonic tapestries that evoke every emotion.