Dr. Patricia A. Broderick of Eazysense Nanotechnologies Inc. to be Featured on Close Up Radio 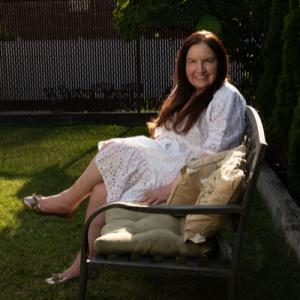 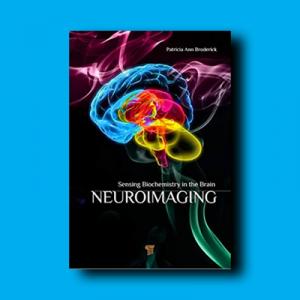 NEW YORK, NEW YORK, UNITED STATES, December 16, 2021 /EINPresswire.com/ -- Imagine a rack of balls on a billiard table: when the cue ball breaks the rack and the balls scatter across the table, it looks like chaos, but if we could slow everything down, we would be able to observe and measure why each ball went where it went and landed where it landed. What seems like chaos is actually a precise and ordered series of events.

This scenario is not much different from studying brain activity.

Dr. Patricia Broderick is known worldwide as a unique pioneer in nanobiotechnology, leading the frontier in nanosensing biochemistry in the brain to alleviate the burden of brain disorders. Dr. Broderick has dedicated her career to the study of neurodegenerative diseases like epilepsy, Parkinson's and Alzheimer's, as well as biopsychiatric conditions like anxiety, depression, schizophrenia, schizoaffective disorders.

Dr. Broderick is a Medical Professor in Molecular Cellular and Biomedical Sciences at The City University of New York School of Medicine. As the founder of Eazysense Nanotechnologies Inc., Dr. Broderick has invented a patented and trademarked revolutionary technology that will change the way we understand the brain both biologically and chemically: The BRODERICK PROBE®

The BRODERICK PROBE® is designed to diagnose and treat debilitating neurodegenerative and psychiatric brain disorders by showing what the brain is feeling or doing at any precise second. The cutting-edge discoveries made possible by the BRODERICK PROBE® have changed the way that scientists and medical doctors view the brain, its function, dysfunction and treatments.

Dr. Broderick is the author of the forthcoming Neuroimaging: Sensing Biochemistry in the Brain.

“We want laypeople to understand that what we have done is something that they can use in real time,” says Dr. Broderick.

With The BRODERICK PROBE®, information flows through an analyzer to the computer, tracing the traffic of neurotransmitter chemicals along the brain’s pathways, revealing the crucial dance of synapse-to-synapse signals. In an instant, it’s clear where the brain is functioning normally and where transmissions along chemical pathways have gone awry.

“By inserting this tiny little probe near the cortex of the brain, we can see inside the brain,” explains Dr. Broderick. “With artificial intelligence, each point of data allows us to figure out the algorithm for exactly what happened.”

With the BRODERICK PROBE®, Dr. Broderick has decoded the algorithm for walking to help quadriplegic patients walk again. Neurologists now have a precise and versatile tool. An initial public offering is in the works for the noninvasive use of the tiny biosensor, smaller than a human hair. Dr. Broderick holds the patent as of December 2021.

Close Up Radio will feature Dr. Patricia Broderick in an interview with Doug Llewelyn on December 20th at 4pm EST

Listen to the show on BlogTalkRadio