Even the Hardest Criminal Can Turn Over a New Leaf 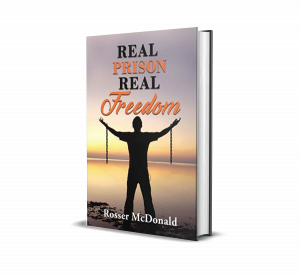 Born in 1954, Smith was adopted by parents who seemed polar opposites but agreed on one thing; their disputes could only be resolved violently. After performing poorly in school mainly because of his dyslexia, he turned to a life of crime, beginning with petty burglaries before rising to drug trafficking.

Thrown into prison after his arrest, he led a gang in a three-way war against rival gangs as well as prison authorities. Faced with three 99-year sentences, Smith figured he had nothing to lose.

His influence among his underlings and even his enemies was such that he was called most dangerous man in the Texas Department of Corrections.

The book also provides us a look at how a prison is run and how the right person can turn it around. It also features Warden Dr. Keith Price, who has gained a reputation for turning around some chaotic prison units.

While society might consider prisoners as human trash, Price knows better, citing circumstance like abusive parents, substance abuse, stupidity, or illiteracy as the usual reasons why they ended up where they are.

Smith’s and Price’s paths would cross at a crucial time; the major upheaval at the Department of Corrections.

But just when we think we have Smith, as well as the rest of his life, all figured out he suddenly finds something that he didn’t expect --a Bible. In that book was one verse that made all the difference: “Come to me, all you who are weary and burdened, and I will give you rest”, Matthew 11:28-30.

"When you examine the life of Rickie Smith in the early pages of this book, you would think his life would be doomed to become anything God could use, but that He did. Rickie for the early years of his prison life only went darker, but Christ came into his life and used and uses him for His glory. Well worth reading," one reader writes about the book.

This book and other titles will be featured in the Toronto Book Festival on June 11 and 12 this year.

While this is his first published book, Rosser McDonald is no stranger to storytelling. He spent 16 years reporting news on TV in Oklahoma and Texas, then another 28 years as a producer at the Radio and Television Commission, SBC. He has also produced and scripted documentaries for TV stations, two of which have won Emmy nominations.

While he has retired from the news industry, he still corresponds with friends he made in prison while doing his research for the book.