Experiencing Divinity in a Different Light 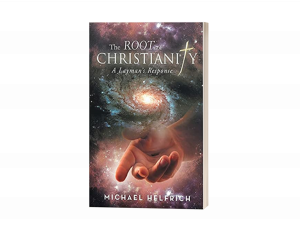 The Root of Christianity: A Layman's Response

Knowing God and learning the Scriptures in a new perspective

COOKSTOWN, NEW JERSEY, USA, November 22, 2021 /EINPresswire.com/ -- People’s minds and abilities expand an immense amount of brilliance. The potential that human beings hold is living proof of why we are the highest form of creature existing above ground. But beyond our grasp is a much bigger, higher being. Michael Helfrich, in his engaging book "The Root of Christianity: A Layman’s Response," speaks of the Supreme Being.

Author Michael Helfrich is a layman himself and thus has already been studying the Bible since 1972. With the vast amount of time that he has spent reading, he, therefore, believes that he has the freedom to present his understanding of the Scripture and theological perspective. In his book, "The Root of Christianity: A Layman’s Response," Helfrich conveys how the Scripture speaks of God as omniscient, omnipotent, and omnipresent; addresses and interprets Bible verses; responds to the varying doctrines and practices of different religious sects.

Michael Helfrich was born in Tillamook, Oregon, in 1942 and became a Christian in 1970. He started reading the Bible and studying the Holy Word, but he had caught himself oftentimes hardly understanding what the pastor preached. It seemed to him that what was being enlightened upon him was not similar to what he was reading by himself. Later in the year 1985, Helfrich met a man who was having the same confusion as he had. His friend attended seminary, and they started studying and sharing the Word of God together. For the twenty-eight years that had passed, what Helfrich and his friend have been reading does not conform to what is taught in the mainstream ministry.

Visit the author's website at www.authormahelfrich.com to know more about him and his book.

Writers’ Branding is a full-service self-publishing company that provides aspiring authors exclusive access to publicity and a pool of book evaluators and marketing creatives and bridges them to literary agencies and traditional publishing houses.