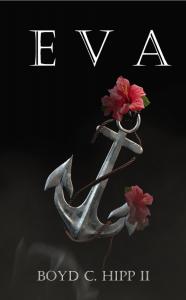 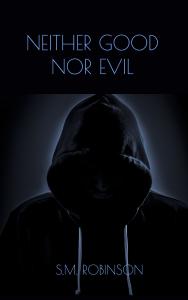 Neither Good Nor Evil by S.M. Robinson 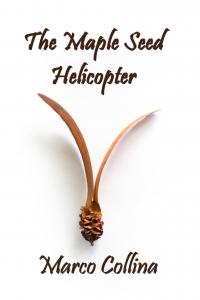 Grab the Valentine's Day chocolates and your sweetheart. Check out Explore Authors Magazine's list of hot new books to read this February.

Eva by Boyd C. Hipp, II is a romantic high sea adventure and follow-up to Hipp's Mahalo Memories . This is the continuing story of how a young woman must navigate around those who would wish her harm as she continues her journey into womanhood. If you loved the first book, you will love EVA. We highly recommend. Mahalo Books, 978-0578356006

Florence D'Angelo's charming young adult novel, The Balance of Wings tells the story of a tooth fairy who defies tradition by making herself known to a child. Young readers will LOVE this wonderful and magical chapter book that's appropriate for all ages. Independent Thinking Press, 979-8-9856582-0-0

If you loved the first two books in the Sam McKay series you will love the latest installment. Progeny, by KM Hardy is the third book in the Sam McKay series. This taut edge-of-your-seat crime thriller follows our protagonist on yet another gripping criminal investigation, marking a brilliant follow-up up to the first two books, SCOTS HONOR and The Redcap. We’re enthralled. Readers can now also enjoy SCOTS HONOR as an audiobook, available now on Audible at fine retailers everywhere. Progeny is on sale now Picaty Press, 978-1736734605

The Seeing Eye Fish by R.B. Beans follows the depressed, neurotic, and hopelessly single Moira Lovegood, who goes on an impromptu road trip bringing along her only companion--her pet fish, in the hopes of escaping her painful past to find a brighter future. Beautiful, daring, and exciting. Readers will love R.B. Beans and this beautifully written, energetic, and witty novel. Moon Shot Books, 978-0578324111

When the Gibson family moves to a small town to restart their lives, they encounter a scenario that becomes their worse nightmare in this haunting thriller. Neither Good Nor Evil by S.M. Robinson, is a heart-pounding and terrifying suspenseful crime thriller that will leave readers breathless. A great read. The Seaquel Publishing, 979-8985400106

Mike Hain's philosophical book, Elephants on the Ceiling, will illuminate and captivate readers in search of a book about life and death. This book chronicles stories about near-death experiences. Intriguing. We highly recommend. Check it out, preorder now. ECMS Publishing, ISBN 978-1-7365591-1-6

In After the End: The Journey by R.J. Lynch - After the love of his life was taken from him and his home left in ruins Rob Doran goes in search of the man responsible. He is consumed by his need for revenge. During his search he begins to change. He sees the world that he had abandoned after the War. He sees the people that were left in the wake of it. Most importantly he begins to see the man he wants to be. This is book two, the follow-up to After the End: An Eye for an Eye. Two Hands Media, 978-1734532319

Marco Collina's beautiful story, the Maple Seed Helicopter chronicles the journey of an orphan from Italy to America during WWII in this heartwarming and nostalgic literary tale. A beautiful and inspiring story that will take readers to the Italian countryside circa 1940s. An enjoyable book. MAC PRESS, ISBN 978-0-578-65194-1

In The Chronicles of Moretti by Samira Shirazi, siblings Victor and Emma will face a threat unlike anything they have ever seen. The Chronicles of Moretti is spell-binding young adult novel about a family endowed with special powers...special powers the children are unaware of until the family is confronted by a evil force that brings the family’s secret past to light. A fun and adventurous fantasy. We highly recommend. Valley West Publishing, 978-0578342559

As the Sparrows Fly by B.L Blocher is a psychological thriller about sibling rivalry and revenge that will leave readers absolutely enthralled. This book has plenty of twists and turns to keep readers in suspense and yearning for more. The Emerald City Press, ISBN 978-1-7374610-1-2

Prolific songwriter and accomplished writer, Edward Kenny releases his new book, “Bluebird Songs VOL II“, the follow up to Bluebird Songs and “Lonesome Man on a Hermit’s Hill: A Verse Play.” Kenny has written over a thousand song lyrics and eight musicals since entering the Broadway scene in 1982. Bluebird Publishing, 978-578806457

Explore the EC Walsh’s witty musings and clever insights on society, politics, and life in this smart, intriguing series of essays, poems and humor in Natural Light: A Coffee Table Book. A great conversation piece and a wonderful addition to your coffee table. ISBN 978-0-578-30950-7, Dignam Press

Check out Sixth Iteration by E. Hughes. This exciting, mysterious, romantic, sci-fi thriller will leave you questioning who’s real when a billion-dollar humanoid android falls in love with the scientist hired to program him, and goes on the run from the robotics corporation that will do anything to get him back. A captivating and romantic mystery , we highly recommend. ISBN: 978-0-9973200-6-0 Love-LovePublishing

Karsynn Icard's inspirational novel, "I'm Fine. How are you? Feelings Inside Never Expressed" will guide readers through self-doubt and past trauma into "...gracing ourselves the freedom and experience to speak our truths." Icard's book is on time for the New Year's resolutions and goals readers not only need, but plan to keep. Humanity First Publishing, 978-0578340142

EC Walsh's new semi-fiction novel, Shaking and Steady: But Not Stirred is scheduled for release March 1, 2022. Walsh covers a number of topics from fiction to semi-autobiographical in his intelligent new book.