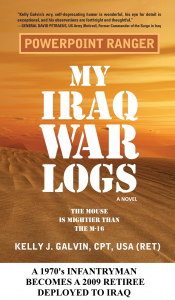 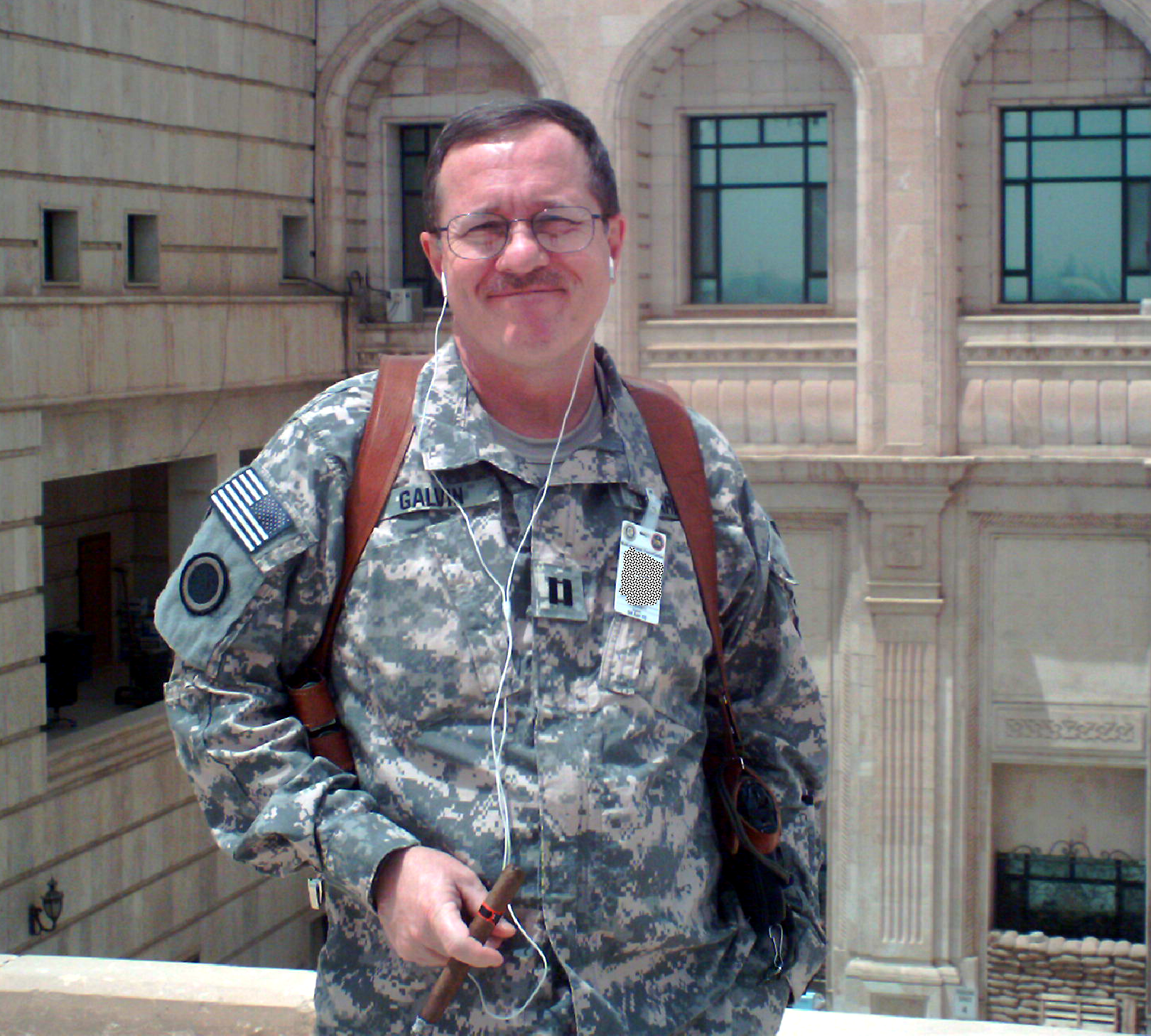 Kelly Galvin’s wry, self-deprecating humor is wonderful, his eye for detail is exceptional, and his observations are forthright and thoughtful.”
— General David Petraeus, U.S. Army (Ret)
UNITED STATES, November 30, 2021 /EINPresswire.com/ -- What must it have felt like for a career Army officer 13 years into retirement at age 52 to be called back into service and sent to the Iraq War?

That’s exactly what happened in 2009 to Kelly Galvin, a retired U.S. Army Signal Corps captain with over 20 years of service, who has captured the emotions and experience of that retiree recall in his fictionalized memoir POWERPOINT RANGER: MY IRAQ WAR LOGS (Koehler Books).

POWERPOINT RANGER: MY IRAQ WAR LOGS, available on Amazon, is a story of determination, perseverance, and sacrifice, plunging readers into a behind-the-scenes look at the transition back to active duty to work in a highly stressful combat zone assignment.

The book, a military adventure novel resembling the 1955 movie Strategic Air Command with James Stewart, tells the story of 52-year-old Army Captain Matt Jerome, who answers the call to enlist his critical skills in the surge of forces in Iraq in 2009. Overcoming the obstacles of age, weight, training, and physical and medical fitness to be deployed to Baghdad, he becomes immersed in compiling reviews, analyses and documentation of horrific scenes of war into full-color, classified presentations. While serving in the Joint Operations Center (JOC), he observes an intelligence analyst browsing the classified files network, who then makes outrageous claims of war atrocities.

POWERPOINT RANGER: MY IRAQ WAR LOGS will resonate with thousands of briefing officers, military members and their families, and any curious readers intrigued with what really happens inside a military operations center during wartime.

The book has received wide critical acclaim and was one of five medal “Finalists” in the 2021 Next Generation Indie Book Awards Competition, the largest international awards program open worldwide to indie authors and independent publishers.

“Kelly Galvin’s wry, self-deprecating humor is wonderful, his eye for detail is exceptional, and his observations are forthright and thoughtful,” said General David Petraeus, U.S. Army (Ret), former Commander of the Surge in Iraq, U.S. Central Command, and Coalition Forces in Afghanistan, and former Director of the CIA.

Major General Peter Gravett, U.S. Army (Ret), former Commander of the 40th Infantry Division, and former Secretary of Veterans Affairs of California, calls the book “gripping. Kelly Galvin has penned a masterpiece which explores intricate details of the operational backside of the battlefield.”

KELLY J. GALVIN is a retired U.S. Army Signal Corps captain with over 20 years of service, both enlisted and as a commissioned officer. After 13 years in retirement, the Army recalled him to active duty in 2009 and deployed him to Iraq as part of the “surge of forces” strategy. He’s a life member of the Veterans of Foreign Wars, a member of American Legion Madera Post 131, and a life member of the Military Officers Association of America.