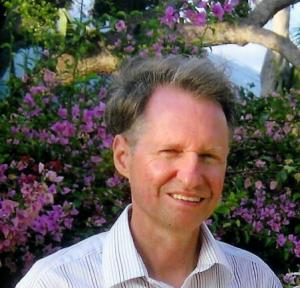 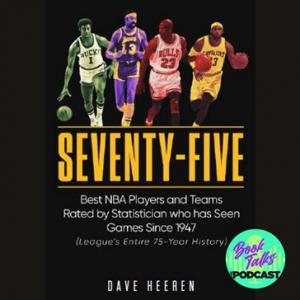 Seventy-Five provides an in-depth, entertaining journey through all 75 years of the NBA.

ORLANDO, FLORIDA, UNITED STATES, November 23, 2021 /EINPresswire.com/ -- Throughout the 2021-2022 season, the NBA will commemorate its 75th anniversary, and the latest book, Seventy-Five, from prolific sports reporter and pioneer NBA statistician Dave Heeren is a slam dunk for every basketball fan’s wish list.

Heeren is known worldwide for his TENDEX rating system — the gold standard for ranking players, projecting drafts and rating the best teams in the NBA. He has also witnessed all 75 years of the NBA through his work as a team statistician for the New York Knicks, writing books, doing columns for The Sporting News and just his love of the game since he was a child.

Seventy-Five provides an in-depth, entertaining journey through 75 years of the NBA, with information of interest to basketball fans everywhere, including:

- A look-back at all 75 years with TENDEX (statistical) input, including insights dating to the Bill Russell, Oscar Robertson and Wilt Chamberlain prime years;
- How, during a 30-year period, TENDEX rated two-thirds of the elite NBA draft choices more accurately than the NBA’s multi-million dollar scouting system;
- Dozens of fascinating facts and humor-infused anecdotes;
- The four legendary players in a near tie for greatest of all time according to TENDEX;
- The greatest NBA teams of all-time, greatest shooters, rebounders, playmakers, defensive players, most durable players and most athletic players according to TENDEX formulae;
- A chart rating in order the top 75 players of all time;
- … and more!

David S. Heeren is an award-winning journalist and author of 18 books. He invented his pioneer statistics system (later known as TENDEX) during his sophomore year at the University of Delaware. He has served as a statistician for the NY Knicks, a sports editor, news editor and editor-in-chief. His other books include five Basketball Abstract books, Basic Ball and The Sporting Stings. His TENDEX system has been used officially on every continent that had major professional basketball leagues between 1988 and 2013, and has been used to rate players by the Australian pro league and every European league.