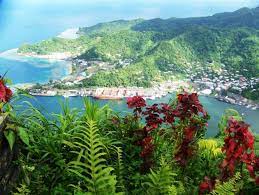 American Samoa USA Location make it the Easy to Form anonymous LLC”
— Don Wellington
TAMPA BAY, FLORIDA, UNITED STATES, June 10, 2022 /EINPresswire.com/ -- Traditionally, the preferred states to register an LLC in America have been Delaware and Wyoming. What if there was an even better option available? What if the best state to form LLC wasn’t a state at all, but a territory? As of 2018, it’s not just an idea, but a reality: Form anonymous LLC in American Samoa. To get started is visit llc.as.gov to register a limited liability company.

One key reason American Samoa is the Best LLC to start today is because of its unique location in the world. American Samoa’s territorial capitol of Pago Pago is around 2,500 miles away from Hawaii, and almost 5,000 miles away from the mainland United States. An American Samoa LLC cannot be sued without the other party’s lawyer making a physical appearance in a courtroom in American Samoa. This virtually eliminates the possibility of dishonest lawyers or former clients filing frivolous lawsuits. Not even Wyoming or Delaware can offer that kind of protection.

In today’s interconnected world, with an ever-expanding list of apps and services with nebulous and arbitrary Terms of Service, it can be easy to forget that individuals still have a Constitutional right to privacy. When opening a LLC in American Samoa, the identities remain anonymous to everyone. If LLC privacy is important and don’t want the world to know who is owns an anonymous LLC.

A Bright Future In American Samoa

American Samoa Limited Liability Company Act into law in 2018, it was the first step toward transforming American Samoa into the best state to form LLC. It signaled American Samoa’s intention to compete with other business-friendly locations to become the new home of companies of the future. With the Internet now able to connect this remote archipelago to the rest of the world almost instantly, the time for making an LLC in American Samoa is now. The benefits are simply too good and too numerous to pass up.

An LLC, or limited liability company, is a type of business entity that a company can form by filing paperwork with the state. An LLC can have one owner (known as a "member") or many owners.

The words "limited liability" refer to the fact that LLC members cannot be held personally responsible for business debts. In a dispute with a business creditor, members may lose the money invested in the company but their personal assets aren't at risk.

Form anonymous llc today for as low as $150 at llc.as.gov.