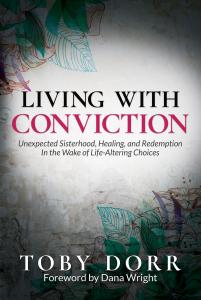 "Living with Conviction", the debut memoir by Toby Dorr. 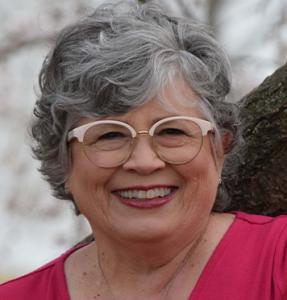 Toby Dorr, author of "Living with Conviction" and creator of the Unleashed Series.

I began to dig into old wounds, and as I worked to discard misconceptions, my confidence emerged. Self-worth became my sword, and there, in TCF, I began the crusade to slay my Shame Dragon,”
— Toby Dorr
COLORADO SPRINGS, COLORADO, UNITED STATES, June 17, 2022 /EINPresswire.com/ -- Toby Dorr, creator of The Unleashed Series, prison volunteer, inmate, mother, and now published author, releases her debut memoir "Living with Conviction: Unexpected Sisterhood, Healing, and Redemption in the Wake of Life-Altering Choices." Dorr’s memoir serves as an account of her raw emotionally challenging time in Federal Prison and rebuilding the life that she had thought was irreparable. Toby’s memoir comes weeks before the release of the Lifetime movie “Jailbreak Lovers,” based on the true events of Toby aiding in the escape of a convicted murderer from Lansing Correctional Facility.

Never having received so much as a traffic ticket and being referred by family and peers as a “goody two shoes”, Toby found herself shattering the mold of perfection she lived within when she used her prison dog program to help a convicted murderer that she had fallen in love with escape from jail. Their escape made national headlines and concluded with a car chase that led to their capture and Dorr’s twenty-seven-month prison sentence. Through this experience Dorr took time to reflect on her life, heal emotional wounds, plan her future, and find sisterhood in the women she shared her life behind bars with.

"Living with Conviction" is now available on Amazon, the GracePoint Publishing website, and other book retailors. An audiobook version is also available read by Dorr herself.

Through revisiting her experiences behind bars, Dorr guides readers through an unfiltered journey breaking down how her outlook on life changed when faced with inescapable adversity. The lessons learned by Toby through her time in prison and the life that led her there are ones in which she fosters strength, acceptance, and a new understanding of responsibility and accountability.

Having made it through experiences meant to break her in a corrupt and ruthless criminal justice system, Dorr emerged on the other side and hit the ground running as an advocate for change. "Living with Conviction" is a true crime memoir but, at its core, is a call for people of all backgrounds to forgive themselves, to forgive others and to not be defined by their worst mistakes.

“My Shame Dragon grew into the space I provided, leaving no room for hope; this dragon I had to slay. And I had the time. I began to dig into old wounds, and as I worked to discard misconceptions, my confidence emerged. Self-worth became my sword, and there, in TCF, I began the crusade to slay my Shame Dragon,” admits Dorr in the emotionally packed memoir.

Despite this being Toby’s first published memoir, she has always been one to keep busy, having completed two master’s degrees, finding success in numerous job ventures, speaking at colleges and on podcasts, as well as launching her most recent project, “The Unleashed Series.” Through this program, Dorr dedicates her time to guiding other women who have found themselves in difficult situations to unleash their own inner peace and self-love through lessons and inspiration rooted in the experiences endured by Dorr in her memoir.

Dorr’s memoir is rich in moments of self-reflection that lead to self-love that expands into love for those around her. With countless articles and news reports chronicling an outside take on Dorr’s story, "Living with Conviction" serves as Dorr’s testament to womanly strength through adversity, allyship, escapism and forgiveness straight from the source.

"Living with Conviction" is published by Empower Press, an imprint of GracePoint Publishing, the premier publishing house for leaders, teachers, and creatives.
Toby Dorr will be providing her commentary on the Lifetime movie, "Jailbreak Lovers", through her Facebook Group on the movie's premier date, July 2nd, 2022.