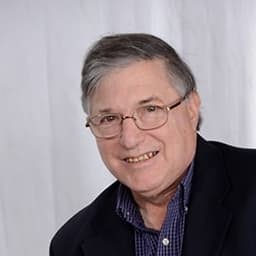 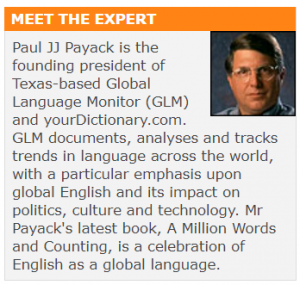 Covid-19 dominated the news in 2021, however, It’s the accompanying numbers that lift the numerals to the lofty position of Word of the Year for 2021 (#WOTY).

Covid-19 has dominated the news in 2021 but It’s the numerals that accompany every story, in any language, in any medium that lift the numerals to the lofty position of Word of the Year (#WOTY).”
— Paul JJ Payack, President and Chief Word Analyst of GLM.
AUSTIN, TX, UNITED STATES, January 3, 2022 /EINPresswire.com/ -- "The Global Language Monitor has named 'the Numerals' the Top Words of the Year for 2021 for Global English (#WOTY). This is the first and only Word of the Year effort for Global English," said Paul JJ Payack, founding President of the Global Language Monitor.

The Covid-19 Pandemic has dominated the news in 2021 as it had in 2020. However, It’s the numbers that accompany every story, in any language, at any time, in any medium that lift the numerals to the lofty position of Word of the Year (#WOTY).

There are billions of permutations of the basic ten numerals And no mention of Covid-19 is complete without a full run-down of the relevant stats, e.g. cases, deaths, vaccines administered, changes per day, week, month, year, totals, etc,

The Heart emoji was the Top Word of 2014 the first time a symbol took the honor.

The Top Words of the Year 2021 for Global English follow.

3.    Wokeness – The state of being awakened to the social distresses found amongst us.  Though this appears to occur for every generation it is used by politicians as a never-before-witnessed phenomenon.  Favored by Progressives.

4.    Variant – The longer the coronavirus persists, the more variations will emerge.  Remember the great plague in London in 1666?  It was merely a replay of the bubonic plague of the mid-1300s. And the Hong KongFlu?  A replay of the Spanish Flu of the World War 1 era.

5.    The Pronouns – People have been attempting to re-define their language for their own political purposes, at least since the French Revolution.  The Marxists expanded the practice in the early 20th c., right comrade?  The practice increased during the Sexual Revolution (Ms., etc.) and continues to grow during the recent ‘racial reckoning'.  Today, the Woke among us are attempting to use personal “woke pronouns” to help define their sexual orientation (and yours).

6. “Flatten the Curve.” – Don’t hear too much discussion about ‘Flattening the Curve” nowadays.

7. Supply Chain – You knew the global economy was linked in ways never before imagined.  Now you KNOW it.

9.   Latinx – Gender-neutral version for people of Hispanic heritage, formerly Latino and Latina.    I am planning to refer to myself henceforward as HUMANX.

11.  Omicrom – Yet another Covid variant.  This can go on for decades (see above).

12.  Coronavirus – Human coronavirus was first identified in the mid-1960s. Unfortunately, Covid-19 will be far from the last encounter.

13.  Joe Biden – 46th and current President of the United States.  Biden has about one-half the number of citations as his predecessor.

14.  Donald Trump – 45th president of the United States.  Trump has twice as many current citations as his successor, Joe Biden.

15.  Tokyo Olympics – The 2021, née 2020 Olympics were a modest disappointment, nevertheless, a major achievement to have taken place in the midst of a raging worldwide pandemic

16.  Lockdown – At the end of the various national lockdowns; many felt like they had been locked up.

17.  WHO – The World Health Organization, whose charter requires it to help “the attainment by all peoples of the highest possible level of health”.

18.  Global Warming – ‘Climate Change’ and/or ‘Global Warming’ have ranked near the top of this list for the entire century,. Keen observers of Earth Sciences observe that as recently a 25,000 BCE, the Paleo-Indians were crossing the Bering Land Bridge into the Americas. This means the oceans were some 300 meters lower than today's level.

20.  Vaccine – Operation Warp Speed has begotten a number of vaccines with others, no doubt, to follow.

21.  Afghanistan – The fall and unseemly retreat from Afghanistan cast a pall over an already somber year.

Global Language Monitor began recording the Top Words of the year in 2000 to document the history of the 21st Century through the English language, the world’s first truly global language. The words are culled throughout the English-speaking world, which as of January 2021 ranks more than 3.18 billion speakers.

Based in Austin, Texas, the Global Language Monitor collectively documents, analyzes, and tracks trends in Global English, the world's first truly global language The company is known for its Word of the Year, political analysis, college and university rankings, high-tech buzzwords, and media analytics. For more information, visit Languagemonitor.com. the