Heinlein Makes History again. "The Pursuit of the Pankera" Will be the First Ever Numbered, Collectible Ebook Published 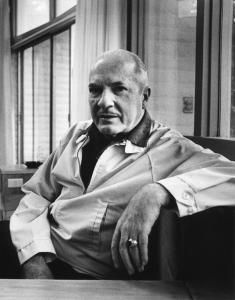 Certain blockchains like Ethereum allow us to create all sorts of applications & products that can be digitally signed & be unique. Just like a signed, or a numbered limited copy of a paper-based book”
— Shahid Mahmud, Arc Manor
ROCKVILLE, MARYLAND, USA, June 9, 2022 /EINPresswire.com/ -- Unlike paper-based books, eBooks have never achieved a collectible market because distinguishing between different copies of eBooks has been impossible. While paper-based books can be limited in number, and each copy can made unique by assigning numbers, signatures, etc., there has not yet been a mechanism to do this same task digitally. Perfect copies of eBooks could be produced with no way to distinguish the original from the copies.

At the same time, one of the fastest growing collectibles markets currently is the digital one, fueled by innovations in blockchain technology which allow unique signatures to be applied to specific copies of a product.

Arc Manor in partnership with Curate, the world’s first NFT Marketplace available on mobile app, are on the cusp of creating the first eBook collectibles market. By incorporating rare and collectible digital works, the world of book publication is about to see its greatest transformation since the launch of eBooks themselves.

This merge of the huge eBook market with the rapidly expanding blockchain collectible market positions Arc Manor and Curate as global leaders in eBook collectibles. It should also be noted that the Curate NFT platform is cross-chain. This means that collectors will likely have a degree of latitude when it comes to deciding upon which blockchain they ultimately want to keep their collectible eBooks.

“Everyone thinks of Bitcoin and crypto currencies when one mentions blockchain technology, but this technology offers so much more than digital currencies. Certain blockchains like Ethereum allow us to create all sorts of applications and products that can be digitally signed and be unique. Just like a signed, or a numbered limited copy of a paper-based book,” explained Shahid Mahmud, the owner of Arc Manor. “There is a huge market for paper-based book collectibles. Now we have the ability to create a similar market with digital books.”

Arc Manor has selected Robert A. Heinlein’s “The Pursuit of the Pankera” to be the first eBook ever published as an eBook collectible. Heinlein is considered one of the most influential and forward-thinking authors of his time and is referred to as the “Dean” of Science Fiction. Together with Isaac Asimov and Arthur C. Clarke, the trio is considered “The Big Three” of science fiction and the three authors who shaped science fiction in the twentieth century.

“We wanted Heinlein to be the first,” says Shahid. “Heinlein was always looking to the future and many of his predictions have come true. This is the future, and it is fitting that his book be the one launching this new technology-based marketplace.”

Curate is a gasless, cross-chain NFT Marketplace that has also achieved carbon-neutrality. With both a desktop app, and a mobile app that went live in the summer of 2021, Curate prides itself on being accessible to everyone, worldwide. Ever pushing for innovation, Curate is also developing a p2e game on their platform, and expanding further into metaverse offerings. Undoubtedly, these future developments will drive more innovation when it comes to the ways that people consume and collect works from their favourite authors.

Arc Manor is a small press based in Maryland and has a reputation for innovating in the marketplace. Set up in 2006, it publishes works from some of science fiction and fantasy’s most prominent authors. Eschewing normal models, Arc Manor relies heavily on technology to expand its offerings.

In 2013, Arc Manor also started a science fiction and fantasy magazine, titled Galaxy’s Edge. In 2020, CAEZIK SF & Fantasy (an imprint of Arc Manor) published Robert A. Heinlein’s “The Pursuit of the Pankera,” his last novel ever published, based on a rediscovered manuscript (and the book now slated to be the first to be issued as a collectible eBook).

Arc Manor continues to push the boundaries of publishing and test new technologies. They have followed the development of Blockchain technology with great interest and believe the time is ripe to introduce products like unique copies of collectible eBooks. They are thus creating a new division called CAEZIK Crypto that is working on a number of projects. The first endeavor will be the release of a collection of a limited number of digitally controlled eBooks.

Only 500 copies of block-chain based “The Pursuit of the Pankera,” are to be issued. Each will be individually numbered and each distinguished by a uniquely shaded border on the cover.

Shahid Mahmud may be contacted for interviews and more information at 240-645-2214.

Details on the project are also easily available at www.CaezikCrypto.com