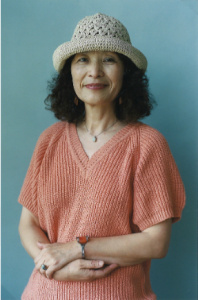 Born and raised during the American occupation of Japan, Marie Ueda recalls a dramatic transformation of postwar Japan led by General MacArthur, which catapulted Japan to gigantic economic prosperity and made the country one of the leading successful nations. 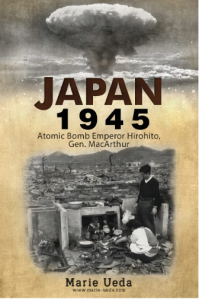 This book explores "bizarre twists and ironies" of the war events, which were never discovered by any historians or war researchers before. 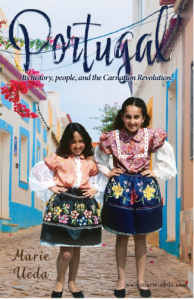 This book explores such a relatively unknown nation to the world. It is a history of Portugal -- the Rise and the Fall of the Portuguese Colonial Empire

Hearsay, "Truth is Stranger than Fiction", yes indeed. Readers of "JAPAN 1945" would be surely astonished and astounded by her "discoveries".”
— Marie Ueda
DENVER, COLORADO, UNITED STATES OF AMERICA, June 20, 2022 /EINPresswire.com/ -- "War history is written by the victors", hearsay. In this book, the vanquished Japanese perspective is presented. The atomic bomb, Emperor Hirohito, General MacArthur, and how World War II ended were well familiar to the generations who were born in the twentieth century. It has been 77 years past since. There have been thousands of books written and many hundreds of movies produced, thus the majority of the world population is weary of it. In retrospect, however, behind this greatest world conflict, the author exclaims there are many "missing gaps" between the United States and Imperial Japan, which were never covered by any media and history specialists. Therefore, those "key events" that took place during the war never surfaced and are still utterly unknown to the world even today, nearly eight decades after the war. Being a bilingual journalist, the author Marie Ueda discovers both sides of war history or hidden information by both governments, as well as her own interviews with veterans of the American Pacific War, which she compiled all in one volume, which provides a deep dimension and clear understanding of World War II.

First of all, the author questions the nature of human conflicts. Since Meiji Restoration, Japan entered three wars overseas - with China, Imperial Russia, and the United States of America. These are huge countries compared to Japan, and they possessed mighty military powers in the world. Why did Japan fight with them? Its answer lies in the "history passage of Japan", the author explains. The time of discovery of new world territorial explores by the West and colonial empires began in the 15th, Shogunate Japan refused to join the West to become a member of Christendom. Instead, they chose isolation and closed doors to the West; so-called "national seclusion". The seclusion lasted for 260 years and it was the most peaceful time for Japan - no more civil wars or religious conflicts with the Westerners - during this period Japanese culture evolved and flourished - no intervention by outsiders. When American Commodore Mathew Perry arrived in Japan in the mid-1800s, the Shogunate Japan realized that most of its neighboring Eastern Asian nations had been "colonized" by the West, and Japan was standing alone. This became an alarming sign and a new threat to Japan. In order to avoid being invaded or colonialized, Japan quickly armed itself for self-protection. After Meiji Restoration began, within 40 years Japan built up a strong military force of its own.

World War II ended dramatically, as we know, it was the most extraordinary war ending of the entire 2,000 years of human history, because of the usage of "atomic bombs". Referring to the atomic bombs, focusing on the final war year of 1945, the author exclaims that two atomic bombs were not the reason for the Japanese to surrender. Even after receiving the most fatal destructive bombs against humanity, the Japanese army did not want to surrender. They still wanted to continue fighting back against the Americans. Why? Because Imperial Japan was also developing its own atomic bombs and planned to retaliate against the United States. A race for atomic bomb production was going on in the two countries during the war. The decision to use atomic bombs to terminate the war, President Truman made the right decision. As a result, he saved Japan from becoming "Communism", a planned invasion by Communist Soviet Russia. Truman became Commander-in-Chief after the death of President Roosevelt and swore to a new president without knowing the progress of the Manhattan Project. Despite having no experience in presidential diplomacy, he had to make an urgent decision about whether the U.S. Army should use it or not. He did a good job at that critical turning point of our civilization. He was a remarkable president.

The author investigates further: the German origin of the atomic bomb and the reason why Nazi Germany allied with Japan. Hitler's interests in Japan were Bushidou-ism, samurai philosophy, and the spirit of Japanese warriors.

Referring to the progress of atomic bomb production, Germany was ahead of America and Japan, because they had "uranium". When Allied Army occupied Germany months before its surrender, they found "two atomic bombs" which were ready to be deployed. These "Made in Germany atomic bombs" were possibly used on Hiroshima and Nagasaki. Before his death, Hitler provided uranium to Japan, but it was confiscated by American Navy, and the U.S. Army was able to build "17 more atomic bombs" to keep attacking other Japanese cities. But this plan was halted by President Truman. Truman had a good conscience; he practiced real human morality. He was indeed the best American leader at that most critical time of the world crisis.

There were so many "bizarre twists and ironies" as the war developed, and Marie Ueda narrates in detail as a history investigator. In her book "JAPAN 1945: Atomic Bomb, Emperor Hoirohito, General MacArthur", she reports political events and war history on both sides: the United States and Japan, as well as Germany. While many history researchers write a "compartmentalized history", "JAPAN 1945" encompasses all in one volume so that readers would understand and be able to see the whole picture of the war. Hearsay, "Truth is Stranger than Fiction", yes indeed. Readers of "JAPAN 1945" would be surely astonished and astounded by her "discoveries". In this regard, Ms. Ueda's work is a unique presentation.