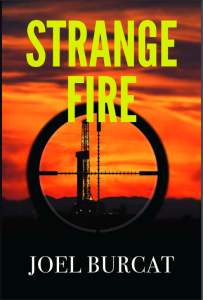 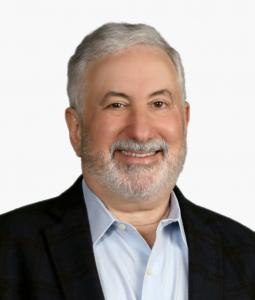 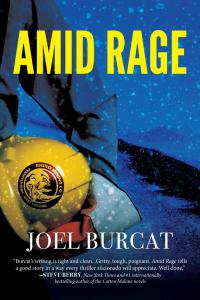 Other Books by Joel 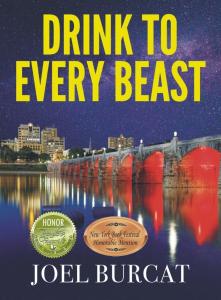 Other Books by Joel

~An environmental legal thriller that educates and entertains at the same time, Strange Fire is a must-read ~

Strange Fire is a rare legal thriller with the ability to educate as well as entertain!”
— Lisa Gardner, NY Times best-selling author of Love You More and Hide
HARRISBURG, PA, UNITED STATES, December 28, 2021 /EINPresswire.com/ -- Award-winning author Joel Burcat is back with his third environmental legal thriller, 'Strange Fire' published by Headline Books, scheduled to release in February 2022. The deftly plotted and character-rich page-turner has the 29-year old dedicated and impassioned environmental lawyer with Pennsylvania's Dept. of Environmental Protection (DEP), Mike Jacobs as the protagonist who vows to uncover the truth about water contamination caused by fracking before he becomes a victim, too.

Frackers have invaded Pennsylvania, and round-the-clock fracking operations conducted by Yukon Oil and Gas at their snake-ridden Campbell pad may have poisoned a residential well and threatened a town's water supply. While DEP says the fracking did not cause the contamination, the neighbors have sued the agency, and Mike must defend the state. What led to water contamination in the wells in Bradford County, and why are contractors disappearing? Due to the unique nature of the case, Mike finds himself on what he considers the "wrong" side, defending DEP's position in support of the gas company, and has to uncover the truth before it's too late.

Strange Fire, published by Headline Books, is scheduled to release on February 2, 2022.

Praises for 'Strange Fire' are pouring in from all quarters:

"Burcat writes with an insider's edge about a dangerous battle over fracking. Strange Fire is a dark, suspenseful read that ranges from the gas fields to the courtroom; all handled with gritty style. A treat for thriller fans."
-William Landay, NY Times best-selling author of Defending Jacob

"Strange Fire is a rare legal thriller with the ability to educate as well as entertain!"
-Lisa Gardner, NY Times best-selling author of Love You More and Hide

"Strange Fire is complex and intelligent, deftly plotted and character-rich. Joel Burcat has a winner with this one."
-John Lescroart, NY Times best-selling author of The 13th Juror