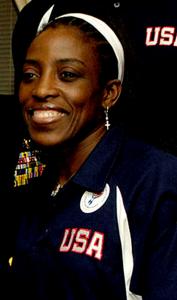 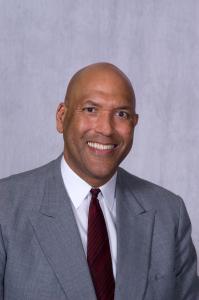 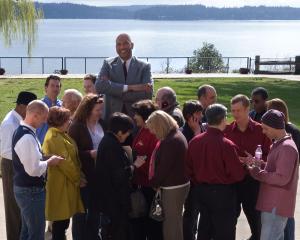 James Standing Above The Crowd

Sports, Life and a Whole Lot More!!!”
— James Donaldson
ELLENSBURG, WA, UNITED STATES, February 18, 2022 /EINPresswire.com/ -- The winter Olympics are winding down, and I thought it would be wonderful to hear from an actual Olympian who has been there and done that.

Alice Ruth Bolton (born May 25, 1967), known as Ruthie Bolton, is an American former professional women's basketball player. Born in Lucedale, Mississippi, she played at the collegiate, Olympic and professional levels of women's basketball. Bolton played in the Women's National Basketball Association (WNBA) from 1997 through 2004 with the Sacramento Monarchs. She played collegiately at Auburn University, teaming with her older sister, Mae Ola Bolton. She was inducted into the Women's Basketball Hall of Fame in 2011. Bolton has also served as a first lieutenant in the United States Army Reserves as a transportation officer.

Professional career
Bolton started her professional career in Sweden during the 1990–91 season. The following season, she played in Hungary, becoming the first USA woman to play professionally in the country. She spent the 1992–93 season with C.A. Fainzia in Italy, averaging 26 points per game.[1]

Bolton was named to the team representing the US at the World University Games held during July 1991 in Sheffield, England. While the USA team had won gold in 1983, they finished with the silver in 1985, in fifth place in 1987, and did not field a team in 1989. The team was coached by Tara VanDerveer of Stanford. After winning opening games easily, the USA faced China in the medal round. The USA shot only 36% from the field, but limited the team from China to 35%, and won 79–76 to advance to the gold medal game. There they faced 7–0 Spain, but won 88–62 to claim the gold medal. Bolton was the team's leading scorer with 14 points per game, just ahead of Lisa Leslie's 13 points per game.[2]

In 1994, Bolton-Holifield was named to the national team which competed in the World Championships in Sydney, Australia. The team was coached by Tara VanDerveer. The team won their early games, then advanced to the medal rounds and faced Brazil. Despite 17 points from Bolton-Holifield and 29 from Katrina McClain, the USA fell 110–107 when Brazil hit ten of ten free throws in the final minute. The USA went on to defeat Australia 100–95 to claim the bronze medal.[3]

Bolton continued with the national team to the 1996 Olympics in Atlanta, Georgia. Bolton was the leading scorer in the game against the Ukraine, with 21 points. She helped the team win all eight games to win the gold medal for the USA team. Bolton averaged 12.8 points per game and led the team in steals with 23.[4]

The national team traveled to Berlin, Germany in July and August 1998 for the FIBA World Championships. The USA team won a close opening game against Japan 95–89, then won their next six games easily. In the semifinal game against Brazil, the USA team was behind as much as ten points in the first half. Bolton hit a three pointer in the second half to give her team the lead, as part of a 16-point scoring effort, and the USA went on to win 93–79. The gold medal game was a rematch against Russia. In the first game, the USA team dominated almost from the beginning, but in the rematch, the team from Russia took the early lead and led much of the way. With under two minutes remaining, the USA was down by two points when Bolton hit a three pointer to give the USA a lead. Russia tied the game, but Bolton hit another three to give the USA a lead they would not give up. The USA held on to win the gold medal 71–65.[5]

Bolton continued with the national team to the 2000 Olympics in Sydney, Australia. The USA won all eight games, including the gold medal game against host Australia to win the gold medal. Bolton averaged 5.0 points per game.