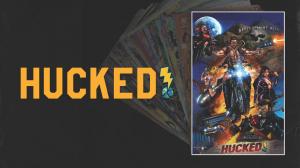 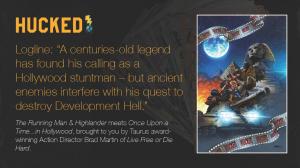 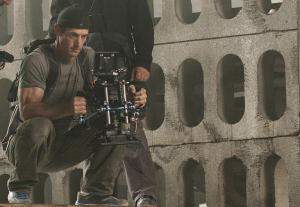 Brad Martin Set To Rock Theaters With An Action Film For The Ages!

We want to make Tom Cruise cry that he didn't get to do the stunts on this ambitious film adaptation of the ultimate Fall Guy!”
— Matthew Dickens - Creator of HUCKED!
UNITED STATES, February 10, 2022 /EINPresswire.com/ -- Taurus Award-winning action director and legendary stunt coordinator Brad Martin of Smash Cut Action Design is officially attached to the indie comic book property HUCKED! – an IP represented by Peter Rubie of Fine Print Literary Management. Martin is a twenty-five-year veteran of the film industry who came up through the ranks with his friend and colleague Chad Stahelski. As an executive producer and action director on the film adaptation of HUCKED!, Martin will reintroduce audiences to the thrill of what a real action movie is supposed to look like. Having helped shape the action of such hits as Bruce Willis’ Live Free or Die Hard, Marvel’s The Falcon & The Winter Soldier, and Paramount’s Dungeons & Dragons reboot that wrapped filming in Ireland last year with Chris Pine – Martin will bring to life the vivid adventures of Huck-Man Trick, a centuries-old Hollywood stuntman. Based on a forthcoming comic series and an unpublished novel as thick as a phone book, HUCKED! is described as The Running Man & Highlander meets Once Upon a Time...in Hollywood. A preview of the forthcoming comic series is available at select venues.

The completed film script was co-written by comic creator and novelist Matthew Dickens. Dickens’ co-writer is Rick Seaman of the Stuntmen’s Association of Motion Pictures. Rick Seaman, a fifty-year veteran of the film industry, a decorated Vietnam Veteran, and founder of the Motion Picture Driving Clinic, is as legendary a figure to stunt performers as Hal Needham, having trained everyone from Keanu Reeves to Tom Cruise. Seaman also co-wrote one of Keanu Reeves’ earlier action flicks Chain Reaction. Other producers attached to the adaptation include former Green Beret and current Wall Street hawk / screenwriter Chris Papasadero and Scout Comics founder and former Macmillan Entertainment director Brendan Deneen.

HUCKED! is currently being shopped to studios such as Lionsgate and New Line and promises to redefine the action genre unlike anything that has come before it – a film created, written, and produced by some of the most stalwart names in the stunt community.