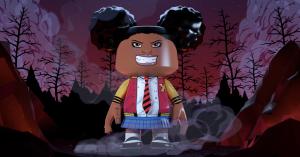 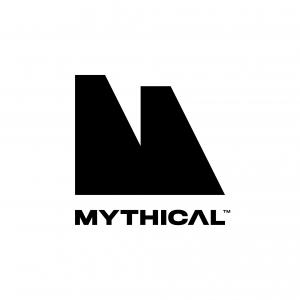 When the opportunity arose to bring Kisha Demon Eater into Blankos Block Party, we knew it was a collab we couldn’t pass up.”
— Jamie Jackson, chief creative officer of Mythical Games
NEW YORK CITY, NY, USA, February 9, 2022 /EINPresswire.com/ -- Dream Fury Comics, in collaboration with Ignis Studio, has partnered with Mythical Games to launch a playable NFT drop of comic book character Kisha Demon Eater for the play-to-earn game Blankos Block Party. The drop will be available in-game and the web store beginning on Wednesday, Feb. 9 at 3pm PST / 23:00 UTC. In celebration of Black History Month, Mythical’s proceeds from primary sales of Kisha Demon Eater during the month of February 2022 will go to charity.

Blankos Block Party is a vibrant open-world multiplayer game styled like a giant block party, with a focus on custom art and design, building and exploration and curating your collection of unique and rare digital vinyl toys, called Blankos. The Kisha Blanko will be limited to 3,500 mints and will be available for $24.99.

“When the opportunity arose to bring Kisha Demon Eater into Blankos Block Party, we knew it was a collab we couldn’t pass up,” said Jamie Jackson, chief creative officer of Mythical Games. “Not only is the character design amazing and a great fit for the game, the character of Kisha really embodies the uniqueness of the world we’re creating.”

Kisha Demon Eater comic book series follows the supernatural adventures of sixteen-year-old Kisha who gets possessed by a demon that consumes other demons. To exorcize her demon, Kisha is sent from her home in New Orleans to her aunt's midwest home. Unknown to Kisha, her aunt and her aunt's hometown hide terrifying secrets. Kisha is forced to reevaluate her relationship with her demon in order to survive the secrets she discovers.

“I’m excited about this opportunity to bring a dynamic comic book character like Kisha Demon Eater into Blankos Block Party as a playable NFT. The Blankos Block Party world and game play fits in nicely with Kisha’s sense of adventure and fighting spirit.” said Newton Lilavois, Chief Creative Officer of Dream Fury Comics. “Kisha will be the first, if not one of the earliest, comic book characters featured as an NFT in a Blockchain game. So, that’s pretty exciting.”

Dream Fury Comics is collaborating with Ernest Spicer of Ignis Studios for the Kisha Blankos drop. "It is an honor to partner with Dream Fury and Mythical Games for such an awesome NFT drop with so many positive social impacts. Adapting the art and having Luke Barosky add some fashion elements brought this character to life in the amazing Blankos universe where story matters. We look forward to many more projects in the web3 future with Dream Fury and their ever expanding stories and universes," Ernest says.

About Dream Fury Comics
Dream Fury Comics is an independent comic book publisher known for their award winning comic series Crescent City Monsters. Their upcoming graphic novel, Kisha Demon Eater, has generated a lot of excitement and will be released in the early summer of 2022.

The Mythical Platform is built on a permissioned chain using a Proof of Authority consensus model that is more environmentally friendly and sustainable than the Proof of Work model. Minting NFTs and integrating the Marketplace via the Mythical Platform do not require any mining or cryptocurrency to operate, or for players to participate.