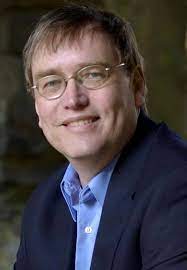 An advocate for arming teachers, William Forstchen holds a doctoral degree from Purdue University with a specialization in military history and technology. 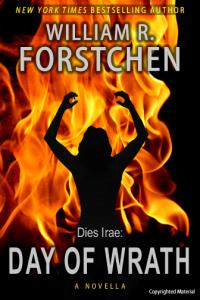 Forstchen drew upon an actual event, the Beslan school siege that took place in Russia in 2004, to inform his perspective as well as his book, Day of Wrath — the basis of which he calls “an all-too-real threat that we absolutely must consider now.”

What can or should be done about the latest wave of gun violence — particularly in schools? Dr. William R. Forstchen, a teacher for 45 years, has an idea.

They would be the ‘unknown factor’ in every single school.”
— Dr. William R. Forstchen

WASHINGTON, D.C., WASHINGTON, D.C., UNITED STATES, June 17, 2022 /EINPresswire.com/ -- After a rash of mass shootings, including the horrific massacre inside a Texas elementary school, legislators in Washington are debating what can be done. Military expert and historian Dr. William R. Forstchen spelled out his suggestion in an opinion editorial published by The Washington Times.

“Train and arm teachers,” Forstchen wrote. “Not all teachers, never anyone who says they don’t want to (and live in a bubble of hope, rather than reality). In every school, from elementary to college, there are former military personnel working as teachers, coaches and administrators. Many would volunteer for rigorous training if it offered the chance of protecting our students. Train them and arm them to carry concealed, even if it is just a light-caliber pistol slipped into a holster under a jacket.”

Forstchen’s perspective is informed by his 45 years of teaching and by the Beslan school siege in 2004 — an Islamic terror attack against a Russian school that left 333 people dead, including 186 children.

He believes that arming teachers could serve as a deterrent, or at the very least, a way to stop school shooters in their tracks.

“They would be the ‘unknown factor’ in every single school,” Forstchen wrote. “They would be the men and women who, in those first precious seconds, would react rather than hide, be it against a lone killer or even a trained team of killers. They could buy time for other responders to rush in, rather than wait outside while mayhem runs rampant within.

“They would be the ones who would willingly put their lives on the line … but would be the surprise factor in a school that would fight back when seconds counted. They might not stop, but they would at least slow down an aggressor and buy time for a swift response … In so doing, they just might prevent a Beslan massacre from happening here.”

The Beslan incident also prompted Forstchen to write the book, Day of Wrath, which presents the unsettling scenario of ISIS-inspired teams launching a coordinated attack on schools — a threat he views as all-too realistic.

William R. Forstchen is a New York Times bestselling author and holds a doctoral degree from Purdue University with a specialization in military history and technology. He is a noted expert historian and public speaker and has been interviewed on FOX News, C-SPAN, and Coast to Coast on topics ranging from history to technology and cultural issues, to space technology development, to security threats.

To read the entire op-ed, visit https://www.washingtontimes.com/news/2022/jun/7/train-and-arm-teachers-they-would-be-the-unknown-f/. More information about Day of Wrath can be found here: http://dayofwrathbook.com/.