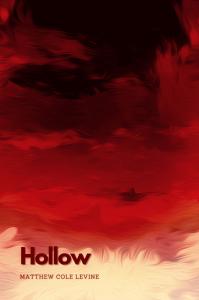 ST. PAUL, MN, USA, June 7, 2022 /EINPresswire.com/ -- In the desolate woods of northern Wisconsin, there is a cabin. Inside the cabin is a figure of evil, a witch performing an unknown ritual. There is also a young boy, Ryan Amherst, who is part of this strange ceremony: a pattern of sacrifice and resurrection known only to the residents of the tiny town of Grange.

Nearby in the village, a man named Nathan Amherst - Ryan’s father - meets with a middleman named John Linden. Nathan asks when his side of the “contract” will be fulfilled. John can only assure Nathan that he will be compensated for his troubles.

Meanwhile, in Milwaukee, a police officer named Ben Dmitrovich has a tense confrontation with his superiors. After beating a suspect in a domestic violence case, Ben is placed on a mandatory suspension - another in a long line of heinous police scandals. Ben, who is struggling to overcome his own personal demons, decides to retreat to his family’s cabin up north.

​By coincidence or a morbid twist of fate, he ends up in Grange and meets a woman named Maria Amherst - Nathan’s wife, who apparently died seven months ago. As he unlocks the mystery of Maria’s reappearance, Ben discovers a shocking pattern of child disappearances and strange resurrections. A young piano prodigy named Amy Dorian may be the town’s next victim, but Ben races to rescue her before it’s too late. Hurtling towards a cosmic judgment, Ben has a final shot at redemption or damnation.

About Matthew Cole Levine
Matthew Cole Levine is an author, film critic, and screenwriter based in St. Paul, Minnesota. He was born in Cedar Rapids, Iowa and grew up near Milwaukee, making him well-versed in a particular brand of Midwestern horror. He has written for the British Film Institute, Walker Art Center, and other publications, and continues to serve as Assistant Editor and Contributing Writer for the Barcelona-based Found Footage Magazine. Hollow is his first novel.

About Unsolicited Press
Unsolicited Press strives to produce exceptional works of fiction, nonfiction, and poetry from award-winning authors. Unsolicited Press based out of Portland, Oregon and focuses on the works of the unsung and underrepresented. As a womxn-owned, all-volunteer small publisher that doesn’t worry about profits as much as championing exceptional literature, we have the privilege of partnering with authors skirting the fringes of the lit world. We’ve worked with emerging and award-winning authors such as Shann Ray, Amy Shimshon-Santo, Brook Bhagat, Kris Amos, and John W. Bateman. Learn more at unsolicitedpress.com. Find us on twitter and Instagram, @unsolicitedp.

Hollow is available on June 21, 2022 as a paperback (304 p.; 978-1-956692-20-4) and e-book (all major retailers). Retailers, schools, and libraries can order copies through Ingram. The author is open to speaking with the media, holding readings, and engaging in other author opportunities.