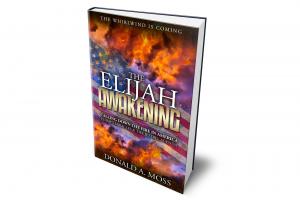 The Elijah Awakening by Donald A. Moss 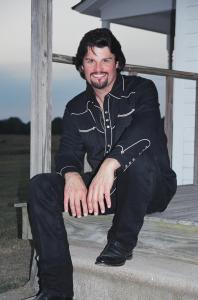 The whirlwind is coming.”
— Donald A. "Donnie" Moss
SPRING BRANCH, TX, USA, December 8, 2021 /EINPresswire.com/ -- Donald A. "Donnie" Moss, retired pastor/evangelist, has released the prophetic book, The Elijah Awakening: Calling Down the Fire in America (Elijah Awakening Press, 2021). Throughout his life, Moss experienced glimpses into the supernatural realm detailing future events. With this book, Moss documents a miraculous renewal in America, based on an Old Testament prophecy that just prior to the return of Christ, Elijah the Prophet (or the spirit of Elijah) will return to “restore all things” in preparation for this climactic event.

The Elijah Awakening describes the fiery conflict between the prophet Elijah and an evil monarchy that seduced ancient Israel into a demonic religion and superimposes those events over the American landscape. While this book was written in early 2021, Moss foretells of a great “shaking,” inflation, rising costs, supply interruptions, jobs shipped overseas, weather events, famine, and mayhem in the streets of metropolitan cities. An entire chapter is devoted to a prediction that American women will arise as modern “Elijahs” (fearless leaders) in the fight against evil.

Positioned for Christian patriots, the book will be of particular interest to those seeking spiritual encouragement and a prophetic glimpse into America’s future.

Moss has emphatically stated: "The whirlwind is coming. When God decides to confirm His power, the results can be explosive. As Elijah was delivered to heaven in a whirlwind with a chariot and horses of fire, the Elijah Awakening will explode across America, in the spiritual fire and whirlwind of God resembling the rushing mighty wind and fire noted in the New Testament Book of Acts. New leaders will emerge unafraid of condemnation or conflict. The spiritual paradigm in America is about to change and Christians need to prepare for a revival of the supernatural in an end-times conflict against evil."

About Donald A. "Donnie" Moss:
Donald A. "Donnie" Moss was ordained to the ministry in 1990. He is an honors graduate of the University of Houston/Clear Lake, Oklahoma Bible College and Seminary and also attended the prestigious South Texas College of Law. He was also a sworn police chaplain and traveled nationwide as a revivalist and gospel singer. He is the author of several books, including The Third Day: A Revelation of the Coming Revival (Writers Club Press 2002). In the early 2000s, he released several country songs which found their way into the Top 40 on country radio charts in the U.S. and Europe.

To purchase the book on Amazon, visit https://amzn.to/3EsThXr.