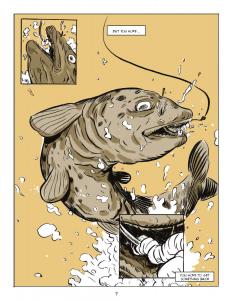 No One Knows Interior Page 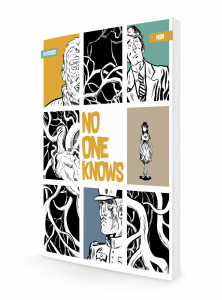 No One Knows Cover 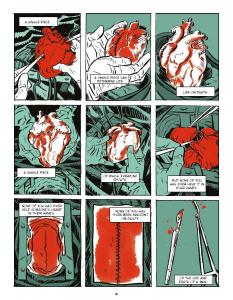 No One Knows Interior Page 2

Writing [this book] was a long journey of introspection. In the end perhaps the only thing I realized is that there isn't always an answer to every question.”
— Salvatore Vivenzio, Writer
TORONTO, ONTARIO, CANADA, February 14, 2022 /EINPresswire.com/ -- Black Panel Press today announces the release of No One Knows.

The new graphic novel by up-and-coming Italian comics duo Salvatore Vivenzio and Gianluca Nori is a work of fiction exploring the impact of one woman's death on four principal characters: her husband, daughter, father, and the doctor who operated on her but failed to save her.

An 88-page color graphic novel priced at $19.99 USD, No One Knows is available in comic book stores starting on January 26th, 2022 through Diamond Comic Distributors, and at BlackPanelPress.com. For review copies and to order, please contact info@blackpanelpress.com. From the publisher's website: "No One Knows is a story that begins with an end. The end of a woman’s life; a mother, partner, and patient. After her death, those closest to her struggle to deal with their loss and its consequences."

Salvatore Vivenzio is an author, screenwriter, and journalist born in Rome in 1997. He has published various graphic novel works including La Rabbia and Il Treno di Dali. Gianluca Nori is an Italian illustrator. After finishing the international school of Comics in Florence, he joined the Amianto Comics group where he published 2 Vite and Viaggio.

Founded in 2017, Black Panel Press is an independent graphic novel publisher based in Toronto, with distribution through Ingram and Diamond Comics Distribution in the United States and Canada. The company publishes creator-owned graphic novels for adults, by artists from Europe, Asia, North and South America.