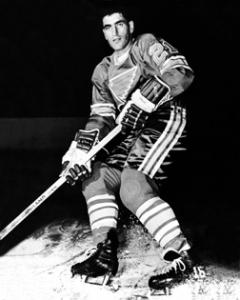 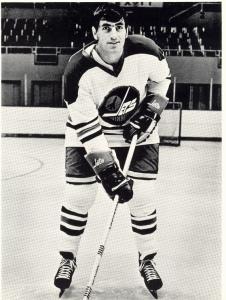 “The Original: Living Life Through Hockey” to be released in early 2022 by Briley & Baxter Publications

It feels great to share Norm’s story with the world. Norm has a great outlook on life. He’s been hit with many hurdles throughout life, and the way he handles those challenges is truly inspiring.”
— Kim Passante

SCOTTSDALE, ARIZONA, USA, November 23, 2021 /EINPresswire.com/ -- Briley & Baxter Publications is excited to announce it is publishing “The Original: Living Life Through Hockey,” a touching memoir featuring the life of ice hockey legend Norm Beaudin. Written by Kim Passante, Beaudin shares his chaotic life of over 50 years - from his $2 makeshift Zamboni job as a boy to the success of earning the title of a professional hockey player.

“As a longtime hockey fan, I am truly honored to be a part of bringing Norm Beaudin’s story to publication. Written in collaboration with Kim Passante, ‘The Original’ is rich in NHL history and quite entertaining. Norm’s sense of humor comes through clearly in the personal stories he shares. Hockey fans throughout the world will enjoy reading this one without a doubt!” says Stacy Padula, editor of “The Original: Living Life Through Hockey” and CEO of Briley & Baxter Publications.

Canadian former professional hockey player Norm Beaudin is most known for being “The Original Jet,” being the first to sign with the Winnipeg Jets Franchise in 1972. He played 25 games in the National Hockey League (NHL) and 335 games in the World Hockey Association. Beaudin also played for the Minnesota North Stars and St. Louis Blues.

“‘The Original’ provides a real behind-the-scenes experience, showing the depths of the sport and the raw character of the players,” said Passante. “It’s not the brutal sport that we’ve all come believe. It’s about faith and family, which is what drove me to write this memoir.”

At 80 years old, Beaudin still plays hockey and is an active advocate of the sport, coaching younger generations of players. That’s where he met the author, Kim Passante, while coaching at an ice rink in Scottsdale, Arizona.

“It feels great to share Norm’s story with the world,” said Passante. “Norm has a great outlook on life. He’s been hit with many hurdles throughout life, and the way he handles those challenges is truly inspiring.”

“The Original: Living Life Through Hockey” is expected to be released early 2022.