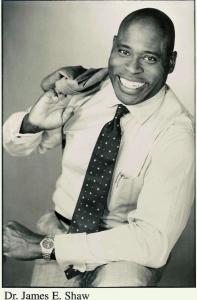 Black gangstas snuffin' out black lives, black communities won't survive! You go to clubs to rap your rhymes but get surprised when busted by the FBI!

"Look dawgs. On the real, you'd better be nice to us. After y'all shoot each other up in criminal acts, you'll probably need us. We ARE blood donors. You feelin’ me?”
— Candela McQueen, Leader of the Hip Hop group, "Jezebel"
LOS ANGELES, CALIFORNIA, UNITED STATES, June 20, 2022 /EINPresswire.com/ -- James E. Shaw, Ph.D. has written a novel titled "Candela McQueen: Hip Hop Sensation in a Rags to Riches Nation." It is a novel whose female protagonist, Candela McQueen, served 10 years (“juvenile life”) in prison for a homicide involving her and other teens who were ditching school. After being paroled, Candela developed a spectacular and prosperous music career and began donating millions of dollars every year to an assortment of charities and causes. Shaw says, “Candela McQueen: Hip Hop Sensation in a Rags to Riches Nation" is a modern-day story that I wrote to inspire, excite and encourage today’s youth generation. One of the the novel's underlying messages is: “YOU CAN DO IT TOO!” Candela, the novel's prominent character, frankly tells male Rap artists, who criticize and downplay her all-femme group, "Jezebel", as "candy rappers": "Are you rap bruthas listenin' or am I going too fast? Which of y'all tattooed-like-totem-pole bruthas can write real loving and lovable rhymes that would get greeting card publishers and BET's attention and make any fine sistuh--whether a diva, your lady, your girl-gone-wild, your grand mama and, especially, your own MOTHER, cry tears of real joy and thankfulness and deep love?"

When Rappers persist in expressing their jealous anger over the fortunes made by Candela and her group, "Jezebel," and the numerous national charities they support, "Jezebel" responds with:

He’s tough, he raps rough, he’s Mister Ghetto King
He raps in clubs ‘bout the women in his scene
All his Baby Mamas have diamonds and diapers
They raise his kids and he learns about pampers
Tough, rough he talks, plays the Violence Game
Raps about his guns, thugs he bangs, and causes Big Pain
He’s a hunter, assault rifle lover, he sells drugs undercover
He makes his millions and always scores
Buys big, expensive homes that look like Pampers stores
He’s rough he’s tough, he’s Mister Gang Banger
Draped in diamonds and jewels…they ice his anger
Never knew his daddy, and he don’t know why
Will his always-bloody hands find his daddy? No, just the FBI!
Mr. GANGrene, he kills blacks—that’s his thing
His assault rifles are military grade
He kills blacks, sends ‘em to their graves
Mr. GANGrene’s got kids, but his cold blood is his pride
He’ll get life—not yet in the cemetery—but in the penitentiary where he CAN’T hide!

Shaw, the novel's author, praises the American Library Association and the Children's Defense Fund for "Their persistent and effective RIGHT-TO-READ advocacy on behalf of youths incarcerated in state prisons and those in juvenile detention centers." Shaw adds: "America's detention facilities ought to be able to make books readily and always available to our youths behind bars." The American Library Association's and Children's Defense Fund's nonstop promotion of books to help solve problems, inspire new ideas, set goals, and follow the positive and socially-safe examples of featured heroes who have sincerely and permanently transformed their own lives "is an integral part of the American Dream, that almost supernatural transformative uniqueness of our great nation."

Since 2002, James E. Shaw, Ph.D. has been employed by the California Superior Court, Los Angeles County, as a member of the Court’s Panel of Gang Experts. Shaw, who is black, has also been consulted by the United States Court for R.I.C.O. (Racketeering Influenced and Corrupt Organization) cases; and Military Courts-Martial plagued by gangs. Recently, The Washington Post invited him to send a copy of his nonfiction book, "Jack and Jill, Why They Kill: Saving Our Children, Saving Ourselves." He sent The Post an autographed copy. The California Department of Corrections had granted Shaw permission to enter its sprawling acreages “to interview girls and boys incarcerated for ten years ("juvenile life") for having committed acts of homicide." Over Shaw's 4-year research period, his goal was to find out "what interventions might have worked, positively, consistently and effectively.” Shaw’s in-prison/in-person interviews, with teenage youths, resulted in his receiving Phi Delta Kappa’s “Best Dissertation of the Year” award for his doctoral dissertation (Claremont Graduate University). Shaw says, "'Jack and Jill, Why They Kill' is the direct result of my in-prison research of kids who killed other kids: adolescentcide." Shaw has also been a licensed school administrator and was Director of Child Welfare and Attendance for the Norwalk La Mirada Unified School District, and simultaneously Director of the Norwalk Superior Court's Truancy Court, to counsel children and their parents or guardians about their duties to attend school every day throughout the year, until graduation.

This month (June), Shaw completed his novel, "Candela McQueen: Hip Hop Sensation in a Rags to Riches Nation," a 350-page romance and rags-to-riches epic featuring a FEMALE HERO: fearless, likable, unselfish, altruistic and mother with a back-talking, smart-aleck daughter. Shaw says, “I want to meet and confer with book publishers, to get this timely novel published." When not in courts testifying, Shaw, married and father of three children, writes. The National Library of Poetry awarded Shaw its "Editor's Choice" award for his poem, “Hands Are For," poetry emphasizing positive interactions and nonviolence. This poem is available at: www.teacherspayteachers.com. Earlier this month,The American Bar Association Newsletter made the decision to publish Shaw's article, "Everything You Wanted to Know About School Safety But Were Sued First."

Shaw says, "I am grateful to have written my novel at this time in our nation's history, when one considers the FBI arrested, in May 2022, two celebrity Rappers, and is preparing to convict them, in Federal Court, for RICO violations."