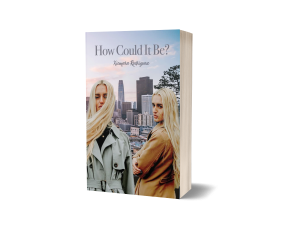 Xiomara Rodriguez writes about a budding relationship between long-lost sisters in her book How Could It Be?

YORBA LINDA, CALIFORNIA, UNITED STATES OF AMERICA, June 17, 2022 /EINPresswire.com/ -- Everyone loves a good mystery novel. Something that gets readers catch themselves at the edge of their seats. However, nothing beats something that is fast and continuously intriguing. Author Xiomara Rodriguez’s "How Could It Be?" thrives in the latter.

How Could It Be? was published only in February this year by Dorrance Publishing Co. It is a short, fast-paced mystery crime novel that features two sisters who have been separated at birth and finding each other at a crime scene. The story develops from there as well as their bond.

Alise Moss Vetica, an Amazon customer, writes, “This little book was exciting, short and to the point. It wet the appetite and ended with a cliff hanger that was obvious. Throughout the book, it took unexpected turns and left you saying - I did not see that coming. My 14 year old grand daughter read it and said, “It was very good and she needs a part 2!”

Peggy J. Ricciuto also leaves a review and says, Story moves right along. Read in one sitting because I wanted to know what happened. Surprise ending. Can’t wait for the sequel.”

How Could It Be? is a perfect read for those who want a quick, engrossing read.

Xiomara Rodriguez is a retired special agent for the US Coast Guard, the first Hispanic female in the unit. Later on in life, she co-founded a non-profit organization called Tu Casa Latina, which is geared towards helping immigrants who are victims of domestic violence, violent crimes, and human trafficking in Northern Nevada. The dream of becoming a writer started when she was only nine years old.

How Could It Be? is available in Kindle and paperback on Amazon.com.

Launching brilliant stars into the spotlight! Inks & Bindings is set to broaden horizons, revamp to perfection, and produce a masterpiece through the power of books.

Inks and Bindings is a premier self-publishing company located at the heart of the Golden State. Aptly based where fashion, entertainment, and culture thrive, the team goes all out in bringing independent authors into the sweet California spotlight.