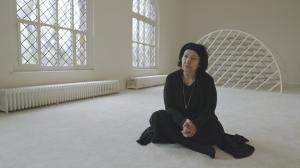 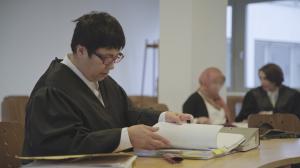 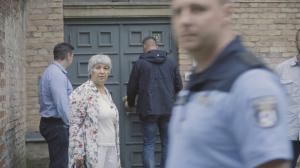 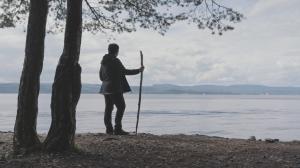 An interview on Sex, Revolution and Islam

Biography of a lawyer, feminists and one of the first female imams of Europe

“After we launched the film, my life changed. Like Seyran, I could no longer travel back to my beloved Turkey. I suddenly understood Seyran's desire through my heart, not just through my art or intellect." Nefise Özkal Lorentzen, Turkish-Norwegian filmmaker, writer and university professor, feels a connection with the protagonist of her latest documentary: Seyran Ateş, a Turkish-German lawyer , feminist and one of the first female imams in Europe.
,,As an independent filmmaker, I usually work on several projects in different phases at the same time. While developing the concept of Seyran's film, I was also in post-production on another project called A Gift from God (2019), a critical documentary showing President Erdogan's political strategy after the failed coup attempt. So yes, Seyran's willpower has inspired me a lot!”

Seyran believes that the only way to fight radical Islam is through Islam. That is why there is no gender segregation or exclusion on the basis of sexual orientation in her liberal mosque.

Nefise Özkal Lorentzen made a fascinating documentary about Seyran's personal and ideological struggle for the modernization of Islam. Her quest for change takes her on a journey around the world, where she meets different people who are connected by faith, from sex workers in a German brothel to Uyghur LGBTQ youth and traditional female imams in China. It's also a journey through Seyran's life, from her humble beginnings as a Muslim girl in the slums of Turkey to a female leader who dares to challenge her own religion.

Lorentzen also has a long track record when it comes to film works about Islam. Over the past two decades she has directed documentaries, short films, TV series and a controversial documentary trilogy about Islam: 'Gender Me', about Islam and homosexuality, appeared in 2008. The sequel, 'A Balloon for Allah', about women and Islam followed in 2011 and 'Manislam', about the power, privileges and burdens of masculinity, appeared in 2014. She received several awards and nominations. She is currently leading an international film project with 6 directors from Iran, Turkey, China, Bangladesh, USA and Poland.

“I first heard about the Seyran Ateş mixed mosque in Berlin through my mother,” says Özkal Lorentzen. “I immediately decided to make a film about her life. However, it took me some time to penetrate the fortifications of bodyguards and the thick walls of media coverage of her work. When Seyran watched my trilogy, she realized that not only do we share the same goal, which is gender and sexual reform in Islam, but we also share the same artistic vision in storytelling. Seyran is used to giving hundreds of interviews to TV and newspapers, but she wanted to tell her story in a more creative way. When we learned that Carl Jung was one of our many common sources of inspiration, Seyran gave me permission to share her dreams, desires and sorrows.”

-Did you encounter any problems similar to Seyran's in her work while making this film?

Lorentzen: ,,Seyran Ates and I have the same mission, but we use two different tools to achieve our goals. She takes advantage of politics and makes a change with her actions. However, I use the art of filmmaking to show the possibilities of change within religion. There is an invisible wall between me and the audience, but Seyran's path is clearly visible. She is in the middle of a battlefield. She is the most protected civilian woman in Europe. In other words, protection gives her freedom.

However, I have to deal with several challenges: I work at Integral Film and I have a small but great team. I don't belong to a media concern. I am 100% independent. Of course, this independence also presents me with some challenges, such as credibility. "Are you sure you can make it?" kind of questions. The answer is yes. I can do it. I can make the changes I want in society with my small but very dedicated, creative and intelligent team.

· How was your documentary received in the Muslim world?

The film has been screened at more than 50 festivals. Such as Hotdocs, CPH:DOX, Hot Spring, San Francisco, Rhode Island, One World, Movies That Matter, Film From South etc. The Dutch embassies have also shown the film at their locations in Iraq, Singapore, Malaysia, Palestine, etc. Reactions from the Muslim world so far have been very positive. Especially the young generation of Muslims who have seen the film are very happy to have discovered Seyran as a new inspiring leader. Recently I attended the Addis Ababa Film Festival and saw the urge among the young generations to have a sexual revolution. But it's a matter of definition; if we define the Muslim world through the very conversational and extremist groups, then of course they send all their negative thoughts by being a troll on the internet and don't even use their real name.”