So. CA based artist, C. Fodoreanu, will release his second monograph entitled 'Ode to the Lake Sacalaia', October 2022 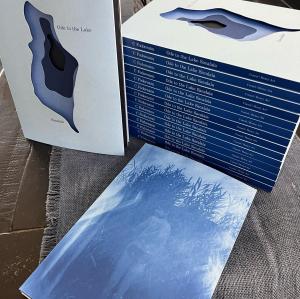 Ode to the Lake Sacalia 1 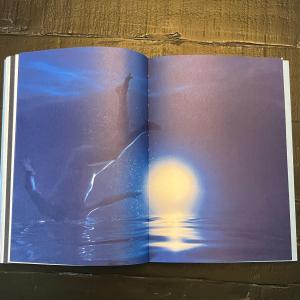 Ode to the Lake Sacalia 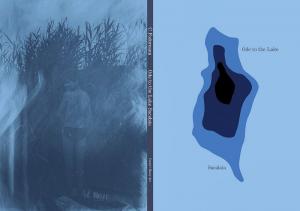 Ode to the Lake Sacalia

The book proposes an imaginary visual space exploring the tension of self-discovery and identity.

I am afforded a unique position to observe and analyze humans and their nature on a broad spectrum, and relate these findings into visual works.”
— C. Fodoreanu

SAN DIEGO, CA, USA, June 15, 2022 /EINPresswire.com/ -- The book is inspired by an old folktale about a small Roman village flooded by water after the collapse of an underneath salt mine two thousand years ago. Lake Sacalaia formed as the deepest freshwater natural lake in Transylvania. The story says that when the lake water is clear enough, one can see the tip of the basilica, the highest point of the flooded village. Many have tried to dive in to reach the old village, majority to never return. During his childhood, Fodoreanu took multiple trips in rowboats over the lake in the search for the old basilica, and often wondered about the lost underwater divers.

In his pediatric practice as a medical doctor, Fodoreanu sees children beginning their life with great ideals and goals only to fail to achieve those due to a multitude of reasons (social, cultural, economic, etc.)

As they grow older, children seem to lose themselves in becoming adults, seem to forget and dilute who they truly are or wish to be. Life starts happening fast, and most of the time they get caught in the circle and start running barefoot. They are forced to change into a shadow of what they once have dreamed of becoming. Hardly a handful of them make it to the finish line becoming who they really aspire to be, living their truth.

The book contains an imaginative proposition of what might have happened to the divers who never returned by exploring the tension of self-discovery and identity. In the analogy with the lake, the divers who don’t come out are the lost souls, the unfulfilled potentials. They should be the ones reaching for the highest point - the basilica - only to drown instead. This book visualizes an alternative meaning for these divers, in which their loss becomes the drops and grains adding to the lake they drown in, creating the foundation for the few able to sail over and achieve their goals.

C Fodoreanu was born into a family with a long tradition of icon painting in Transylvania, Romania. He started painting before inherently transitioning to using lens-based modalities to create his art, from photography and collages to installations and videos, and creative writing (poems). His work pursues a poetry of light and explores the human body as a metaphor for how humans relate to the surrounding nature, intimacy, personal boundaries, play, fragility of life, fleetingness of time, faith, and divine intervention.

C Fodoreanu holds a BA in Philosophy from UC San Diego, an MD from Harvard Medical School, and is pursuing a Master of Fine Arts (MFA) from School of Visual Arts in New York. As a physician who studied philosophy, he developed an intimate knowledge of the human anatomy and psyche, and a keen psycho-social acumen. This affords him a unique position as an artist to relate, transcend, and personalize his understandings of humans and human nature into layered visual works.

He is the author of three poetry books (Romanian), and his visual work belongs to private collections throughout the United States, Europe, and Asia.

C Fodoreanu debuted his first monograph entitled 'street smart' in 2019 documenting at-risk youth from Southern California as part of a fundraising campaign with 100% of the proceedings contributing to an educational fund to support the kids depicted in the series.

For more information on the artist and to purchase the book visit https://www.cfodoreanu.com/