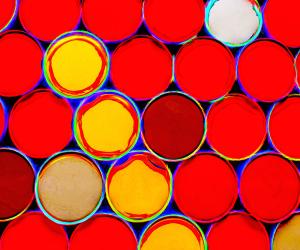 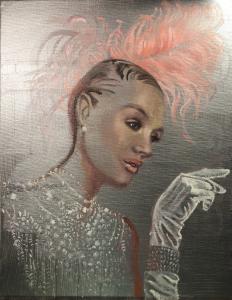 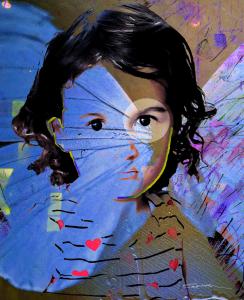 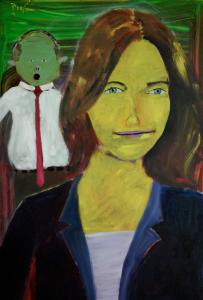 Arttour International has announced its participation at Spectrum Miami This Week

It's about helping artists and the businesses who work behind the scenes. ArtTour International provides specialized market coverage and is read by more key decision makers than any other publication!”
— Viviana Puello - CEO, ArTour International Magazine

Arttour International has announced its participation at Spectrum Miami Art Fair, held from December 1st to the 5th at Mana Wynwood in the heart of the thriving Wynwood Arts District. In the company of over 180 galleries from more than 20 countries, Arttour International will display an exclusive selection of contemporary artists from around the world and a projection of the Arttour International TV Shows and Digital Exhibition at Booth #503.

Spectrum Miami is one of South Florida's most important art fairs, bringing together top contemporary artists with collectors. This year Taking place amidst Miami Art Week, Spectrum Miami offers the unique opportunity to talk to the artists, learn their stories, and take home pieces you love. The event will also host concerts, special events, and live shows. In addition, ArtTour International will be there with an exclusive selection of international artists.

ArtTour International's Contribution to The Fair

The Best Contemporary Artists From All Over the World
Alan Grimandi, Director of the ArtTour TV Show, announced that the iconic show cameras would move this week to Spectrum Miami to showcase artists' interviews, exhibitions, and more to share the happenings with their 10 million global viewers. Artists such as Barbara Tyler Ahlfield (United States), Carol Levin (United States), Janice Alamanou representing England, David Fleshman (United States), Jason Bryant (United States), Lize Krüger, Monika Bendner (Germany), and Ric Conn (United States), were just some of those chosen to be interviewed about their work. The host for the ATIM TV Show is international art celebrity Viviana Puello, Founder, and CEO of ArtTour International Publications, Inc.

ArtTour International Magazine in Miami is an excellent addition to the roster of shows; we look forward to bringing you all these exclusive interviews and exhibitions.

In the words of ATIM CEO, Viviana Puello "The best thing about attending art fairs is meeting artists in person and feeling their passion for art! Everyone needs an escape from their daily routines- In today's busy world, it has become increasingly difficult to slow down and take a break from your typical routine. Art plays an important role when it comes to reflection and contemplating your next move to live's important decisions.

That's why ArtTour International was created: to help support and grow art culture around the globe by providing Artists with better exposure and opportunities that otherwise would be impossible to obtain alone. Art will always remain an essential component in our lives as it allows us to see beyond just what we see with our eyes; there are many worlds within one work of art!" said Puello." It is my pleasure working with a team with a passion for art and a love for sharing their knowledge with others! It is about raising artists up and assisting businesses worldwide who work behind the scenes, from security guards to curators, from local publications to influential magazines, from sponsorship companies to innovative technology companies. ArtTour International Magazine provides unmatched business expertise, specialized market coverage and is read by more key decision makers than any other publication worldwide!" Concluded Puello.

You can watch the ArtTour International TV Show on Spectrum 1993 - MNN- HD every Thursday at 5:30 pm, enjoy exclusive interviews with upcoming and well-known international Contemporary artists rising stars from around the globe.