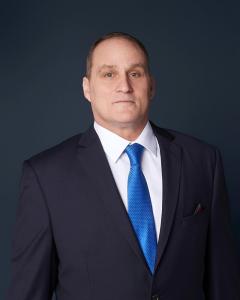 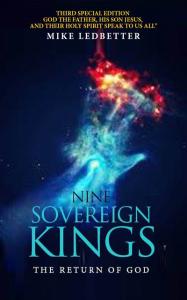 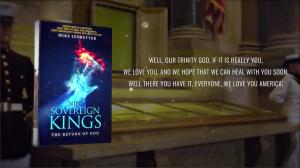 DENISON, TEXAS, UNITED STATES, June 9, 2022 /EINPresswire.com/ -- Mike Ledbetter, former Tank Commander and Texan Native, is proud to announce the launch of his Presidential Campaign and intent to run for the 2024 Presidential Election. As a veteran and committed Christian, with a Doctorate of Jurisprudence, Mike understands the challenges and needs of the People of this great Country, and is offering an innovative program that puts the political focus where it should always have been, on helping Americans live the great lives they deserve.

Launching in tandem with his new book, Nine Sovereign Kings: The Return of God, which is available to all citizens for free, Mike’s presidential bid will seek to provide hope and energy for American Citizens giving them someone who will always put both our Beloved People and Creator, first, according to the “True Principles” of both our Declaration of Independence and U.S. Constitution. The book will tell you a great deal about why Mike believes we need to focus on the Supreme Court of the United States and restructure those parts of it that have given our Supreme Court Judges their kingly stature and unchecked liberty to judge how and whom they will.

The book discusses in detail the history of the Supreme Court and examines its unaccountable structure with a strong focus on our Creator, People, and Democracy according to our “Nation’s Founding Principles.” As with the book, his Presidential Campaign is a response to the main problems he, and all of us, see facing the Country:

“The inability to get the Unaccountable and Life Tenured Supreme Court to listen to both our People and our Creator as it should always be.”

Calling for a total restructuring of the Supreme Court through accountable Term Limits, the 56-year-old veteran tank commander proposes that Retention Elections before the People is the only way to keep the Court accountable to the People and our Creator.

In speaking about his reasons for running for President in 2024, Mr. Ledbetter states “As a man of faith, I believe in the ‘American Dream’ and the ‘Country’s Founding Principles’. We have been blessed by our Creator, both God The Father and His Son Jesus, with a Mighty Country. When our Supreme Court, that lacks Accountability, has been Term Limited properly under the Sovereignty of our People and Creator, America will be the Perfect Model everywhere of Truth, Freedom, Democracy, Justice, and Divine Providence, as revealed and written within our Declaration of Independence and U.S. Constitution." For in the last words of the Declaration of Independence, America’s Founding Fathers boldly stated, “with a firm reliance on the Protection of ‘Divine Providence’ we mutually pledge to each other our Lives, our Fortunes and our Sacred Honor.”

Mr. Ledbetter continues, “The center of that Blessing is the Family – it is the rock that our Creator God has given us upon which to build everything else – community, state, nation, and world, and it is to that foundation we must return if we hope to heal this Nation, fully prepared for “The Return of God.”

A strong believer in “Democracy” and the “Sanctity of the Family;" in addition, America’s “Freedom” with our “Creator,” Mr. Ledbetter believes in the greatness of this wonderful Country as we all do. Born and raised in the State of Texas, he learned to appreciate the tenacity, compassion and courage of Americans and our Nation as a whole. “People across the country are making tough decisions every day, turning to God in prayer in hopes of achieving the best for their families and children,” said Ledbetter.

Together with his book, Mr. Ledbetter has produced a number of resources to support his ambitious campaign, including a video production that brings together his views on the Country. In that light and truth, Mr. Ledbetter believes there is no limit to what the American People can achieve when they place their faith in one another and their Creator. He says, "’We The People’ with our Creator, can still achieve ‘Great Accomplishments’ even far greater than before - when against all odds in a world ruled by Kings - we both won our ‘Independence’ and founded ‘Freedom’ in our World! We can truly become both ‘Indivisible’ and ‘Invincible’ as a People and Nation!”

You can see more of the campaign details, and be with us if you believe in our vision for America, with all our families, by visiting Mr. Ledbetter’s “Official Campaign Website” and following his progress via the “Campaign Facebook Page.” Mr. Ledbetter understands that the job of the President is to protect the American People at all costs. Therefore, Mr. Ledbetter’s “Campaign Promises,” as clearly embodied by this video, is to return the People’s “Full Sovereignty” back to them by both the term-limiting of the “Life Tenured Supreme Court,” in addition, by the “Full Restoration” of our People’s “Beloved Principles” as revealed in both our Declaration of Independence and U.S. Constitution. For in Mr. Ledbetter's words, "Once the Supreme Court is term-limited, it will almost immediately begin the full healing and restoration of our People and Nation - the ‘Full Dream’ we call ‘America!’"


Please click on the below Important Website Addresses for those things mentioned in the above Press Release:

The Declaration of Independence:
https://www.archives.gov/founding-docs/declaration-transcript

Mike Ledbetter
Mike Ledbetter and the People for President
+1 903-647-6425
email us here
Visit us on social media:
Other