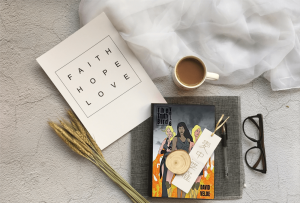 “Bobo reluctantly took the pill because he was jumping out of his fur with anxiety. Shortly after, he was walking around

They also had a vested interest because of the abandonment of many environmental regulations; spiking alarming new levels of fossil”
— David Velde

GUADALAJARA, JA, MEXICO, December 7, 2021 /EINPresswire.com/ -- Author David Velde will be one of the featured authors in the upcoming Guadalajara International Book Fair 2021 with his published book title, The Truth Bird Three. It
is a third installment of the author’s science fiction series whose message is to deliver the tragically alienating truth of the Trump presidential administration. It is about Jenny, Sam, Justin, and David who accepted a generous invitation by Giorgio to go on an exploration mission into one of their newly constructed blackholes. Accompanied by space creatures, they go on a fantastic journey into an uncharted solar system. The mission they conducted far exceeded their expectations, giving them a treasure reserve of information to return home with for further study. After the journey, a new immigration policy was implemented, and all of them were angry and went on a fierce campaign as retaliation.

Both the people on Earth and space creatures will help one another from campaigning to elections. They also had a vested interest because of the abandonment of many environmental regulations; spiking alarming new levels of fossil fuels being released into the atmosphere affected the alien community directly. News is spiking here and there about the Trump administration. Author David Velde is a real estate and construction entrepreneur, father, and grandfather who loves volunteerism and philanthropists on behalf of the homeless community and St. Jude’s Children’s Cancer Research Hospital.

Book copies are available at Amazon, Barnes & Noble, and other online book resellers.

Authors Press is an online publishing company and book reseller catering to the needs of both experienced and aspiring authors as well as readers. They offer the best publishing solutions for full-time and independent authors. The company’s team of proofreaders, editors, designers, and publishing professionals are committed to achieve industry standards for their client’s work to be published, marketed, and sold.