Top Realtor Gives Back to Charity 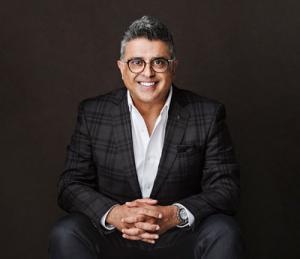 CAMBRIDGE, ONTARIO, CANADA, November 19, 2021 /EINPresswire.com/ -- Faisal Susiwala, the World’s top real estate broker for RE/MAX, and who has also earned a top 1% worldwide rating with RE/MAX for his 34-year and counting real estate career, announced this week he will be donating $25,000 between five local charities who are in need of funds.

“It’s been a tough 18 months for many people in our community. Fewer people are giving back and getting involved. We all need to step up and help out our community,” said Susiwala. “Being raised in this community, and having built my business here, I feel the need to help give back.”

This isn’t the first time Susiwala has given back to his community. Most notably in 2019, he was praised for donating $1 on behalf of each Cambridge resident to donate $130,000 to Cambridge Memorial Hospital to help build a much-needed pediatrics wing. This donation by Faisal helped raise awareness and encourage other people to donate. “We are hopeful that other passionate community members are motivated by Susiwala’s leadership and might consider how they can help too,” says Lisa Short, the CMH Foundation’s Executive Director.

In 2019, Susiwala also donated $25,000 ($5,000 to each) to the Alzheimer Society - Waterloo Region, Food for Kids, Ray of Hope, The Cambridge Food Bank and Haven House Women’s Crisis Center.