When New York Real Estate Is a Killer: A Hilarious Tale of Money and Social Class in America 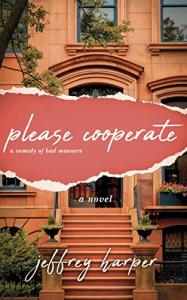 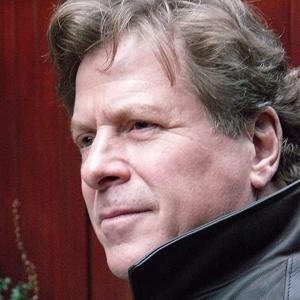 Please Cooperate: A Comedy of Bad Manners by Jeffrey Harper

An acid-tinged take on the disintegration of civility in a Manhattan co-op. With a steady eye, Harper picks apart the relationships between the tenants until it all unravels.”
— Jonathan Spencer, Review on Amazon
NEW YORK, NY, US, June 14, 2022 /EINPresswire.com/ -- In today’s society, does anyone actually “love thy neighbor?” In Jeffrey Harper’s recently released, sharp, smart comedy, PLEASE COOPERATE: A Comedy of Bad Manners, psychotherapist Derek Guston loves his neighborhood friends almost as much as the middle-class cooperative brownstone apartment they share on Manhattan’s Upper West Side.

The story opens with a spectacular set piece – the Manhattan wedding of Nick Donleavy – a long-time bachelor and Derek’s downstairs neighbor. Thanks to the cooperative, ingenious, DIY spirit of Derek and his brownstone’s neighbors Paul, Stephanie and Danielle, they overcome numerous obstacles and near disasters to create a perfect wedding for Nick and his wife. But soon after the marriage, relations among the neighbors start to fray when a leak in the apartment of owner and entitled trust-fund baby Emil Savić slowly erodes, then destroys, relations in Derek’s once perfect building.

Like the progression of their building’s leaking roof, demonstrations of money and social class, drip by drip, threaten the integrity of their building and the social connections that once united Derek and his middle-class neighbors.

As the neighborly bonds and mutual support begin to crumble, the characters are progressively engulfed in self-destructive recriminations, comic confrontations, love affairs and betrayals, lawsuits and rage – culminating in a riot in Central Park that changes their lives forever.

In exquisite, often hilarious, detail, PLEASE COOPERATE vividly portrays the social mores of New York – the intersecting worlds of the poor, the middle class and the rich – from museums to holiday festivals to prisons to box seats at NFL games, spanning the Bronx, Manhattan, Brooklyn and wealthy Connecticut suburbs – and how inequality, envy and antagonism infect every aspect of American life.

The middle-class pursuit of the “common good” collides with the power of money in this comedic and poignant story about traditional American neighborliness, threatened by the changing values of the new world of money. A microcosm for American life at large, PLEASE COOPERATE shines a light on the fears of the dissolving middle class through an ensemble of deeply connected New Yorkers and will attract fans of Tom Wolfe, Jay McInerney and Nick Hornby.

PLEASE COOPERATE is available on Amazon and other popular retail outlets where books are sold.

JEFFREY HARPER is a national prize-winning playwright, novelist, librettist and lyricist, as well as a psychotherapist in practice for thirty-five years. His theatrical works have received productions and staged readings in New York, Los Angeles and London. He is also the winner of the Playwrights First Award for original American play. He is the author of Thy Will Be Done and A Few Thoughts from a Small Life. Born in Montreal, he currently resides in New York City.