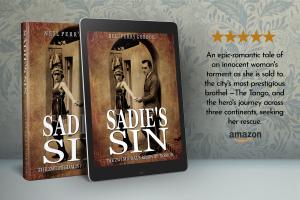 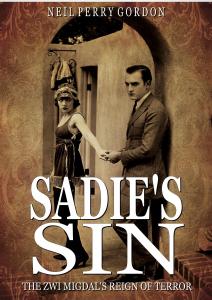 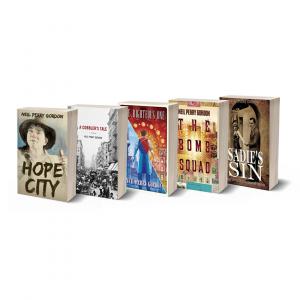 What a book! It has everything I look for in a novel. It educates while it entertains.”
— Amazon 5 star review

Sadie Wollman, a young Jewess in 1924 Warsaw, Poland, has fallen in love with the handsome university professor—Alexander Kaminski. But when her traditional parents learn about this possible unholy matrimony to a gentile, they hastily arrange a brokered marriage to a wealthy Argentine Jewish business man—Ezra Porkevitch.

Believing they sent their daughter off to a glamorous life of wealth and luxury, this young woman instead faces a new reality of becoming a Polaca, a sex slave to the Zwi Migdal, a Jewish organized-crime group trafficking young women into forced prostitution throughout brothels in Buenos Aires.

When her lover Alex, a war hero of Poland, learns of the deception, he, along with his life-long friend Jan Mazur, seek to rescue Sadie from the grips of this wicked group of men protected by the Argentine political and law enforcement establishment.

Sadie’s Sin is an epic-romantic tale of an innocent woman’s torment as she is sold to the city’s most prestigious brothel—The Tango, and the hero’s journey across three continents, seeking her rescue.

never underestimate the power of positivity in life or business.

A Precious Day at the Farm

beloved character's Ariella and her Mom, Lilly, as they visit the farm!