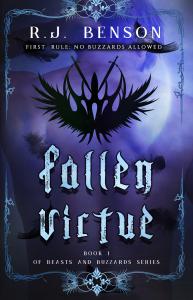 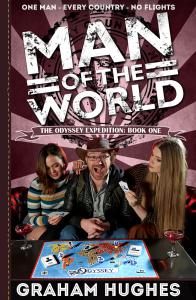 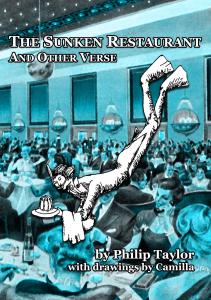 CLEVELAND, OHIO, USA, December 29, 2020 /EINPresswire.com/ — Operating a small publishing firm during a global pandemic isn’t easy, but Cleveland based ATBOSH Media Ltd. has been churning out a steady stream of content all year long.

In the world of poetry ATBOSH has released: “In the Garden of Old Age” by Nina Gibans, with photography by Abby Star, a series of poems about memory – collected ideas from a rich life with continuous interactions — ideas and people; “The Sunken Restaurant and Other Verse” by Philip Taylor, a light-hearted but incisive collection of comic verse written during the 1980’s; “Yamamba’s Mountains” by Linda C. Ehrlich, inspired by the medieval-period Japanese Noh play Yamamba, and by Ohba Minako’s short story “Smile of a Mountain Witch” which contemporizes the Yamamba legend; and “Encore: A Collection of Verse & Song Poems” a collection of poetry and songs written by Marjorie E. Potter from 1969 to 2009, Marjorie passed away in April 2020.

“The Life of Frederick Maehle from His Memoirs” by Gerda Freedheim is the story of Frederick “Fritz” Maehle who kept a journal from 1913 to 1940. A story of survival of a family devastated and fragmented by World War I, then the Great Depression, and finally WWII.

“No Life But This: A Novel of Emily Warren Roebling” by Diane Vogel Ferri is the story of a remarkable woman who lived from 1843 to 1903, and whose accomplishments would seem unbelievable if they were not true. She was an ardent feminist who was well ahead of her time and served as the liaison and field supervisor for the construction of the Brooklyn Bridge.

While working on his upcoming text “Discovering Digital Humanity” (coming Summer 2021), author and educator Tom Haymes pulled out all of the stops to write “Learn at Your Own Risk: 9 Strategies for Thriving in a Pandemic and Beyond” to address educational issues during the global pandemic.

ATBOSH Media Ltd. is proud to announce an extended agreement to publish and republish the works of Nina Freedlander Gibans. This includes the “yet to be published” poetry books “Coins in the Fountain” and “A Festival of Friends” as well as “Darling Nina, Love Jim” – the collection of love letters from her late husband written from 1954 to 1956. This agreement also includes the reprinting of the poetry books “18 Gardens and their Gardeners” and “And So I Must Imagine” as well as the very important non-fiction references “The Community Arts Council Movement: History, Opinions, Issues” and “Bridges to Understanding Children’s Museums” both long out of print.

Nina’s ever popular “Celebrating the Soul of Cleveland” has been recorded as an audiobook by her grandson and is currently in post-production. “A Bird in the Deep: The True Story of the USS Partridge” has been narrated by the author James Christopher Krouse as an audio book and is also in post-production. Sunk during the Battle of Normandy, the USS Partridge may have inspired Herman Wouk’s World War II novel, The Caine Mutiny.

Even a publishing company can have their own favorite books.

“Albert: An Autobiography” by Albert Borowitz was written when Al was 13 but published when he was 87 – a light and precocious read.

“Tales from the Locker Room: An Anecdotal Portrait of George Szell and his Cleveland Orchestra” by Lawrence Angell and Bernette Jaffe still delights everyone who reads it.

“Man of the World: Book 1 of The Odyssey Expedition” by Graham Hughes. Graham is the only person to have visited every country in the world without flying. While on his journey he presented the travel series “Graham’s World”, which was commissioned by National Geographic, produced by Lonely Planet, distributed by BBC Worldwide and broadcast in over 50 countries around the world. Book 1 earned him a coveted Kirkus Starred Review (and they named it one of 2018’s best books of the year) and the audio book is narrated with joyful enthusiasm by Graham himself. “Man of the World” is a must read! Graham is currently working on books 2 (and 3).

“The Present Past” by Leonard Ross is a spy thriller set in the 1960s and involves set pieces all over the world. Leonard Ross really viewed himself as the Jewish Ian Fleming and the book is a real page turner!

As an Agency Press, ATBOSH Media Ltd. also serves as the literary agent for both the written work as well as their derivative works including television and film rights for most of the books they publish.

Many of the authors are available for interviews and speaking engagements, virtually, of course.

From Peasant Foods to Super Foods: A Healthy Gut Cookbook

Over 100 simple and nutritious recipes for breakfast, lunch, dinner, snacks, and desserts.
Gluten-free, dairy-free, nut-free options.
Practical and family-friendly one-week detox guide for those wanting to lose weight, kick start their health and learn how to meal plan.
Stunning photos of each meal home-cooked with love by Mel, showcasing how easy these recipes are.