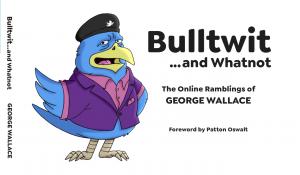 “Bulltwit…and Whatnot” The Online Ramblings of GEORGE WALLACE, Foreword By Patton Oswalt 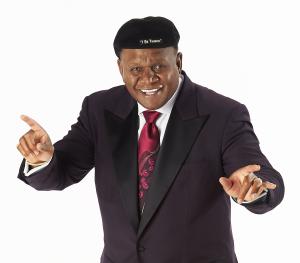 I wasn’t sure why I would give away jokes for free. I made the leap though to do the book, and I’m so glad I did. I have shared the love and I have felt the love. Laughs are truly the best medicine.”
— George Wallace

LAS VEGAS, NEVADA, USA, December 9, 2020 /EINPresswire.com/ — Legendary comedian, actor, writer, producer, author and Twitter Star, George Wallace is releasing his newly anticipated book. “Bulltwit…and Whatnot” The Online Ramblings of GEORGE WALLACE with Foreword By Patton Oswalt. Wallace, also known as the New Mr. Las Vegas, has been a legendary staple in Hollywood and Vegas as a star whose longevity in comedy and as an actor and writer has defied most odds. Most recently, unexpectedly he has become a Twitter sensation and social media star, garnering close to a million followers, who adore his Twitter rants.

“I wasn’t sure why I would give away jokes for free. I made the leap though, and I’m so glad I did. This has been an incredible journey, getting to share my most ridiculous thoughts with the click of a button, then see the reactions of so many. I have shared the love and I have felt the love. I thought I would document some of this wild ride in book form. Oh, and there’s oodles of Bulltwit where this came from, so stay tuned for more. Laughs are truly the best medicine,” says George Wallace.

About George Wallace
The Man, The Comedian, The Legend George Wallace, a renowned legend in the world of comedy, is an award-winning comedian, who has been selling out comedy clubs and concert venues all over the world for years. By the age of six, he knew he wanted to be a comedian. He always enjoyed making people laugh, but he also knew the importance of an education. He derives his comedy from everyday life and finds humor everywhere he turns, from media to relationships to dialogue clichés. He coined the popular phrase, “I Be Thinkin’” and is known as “the guy who can roll the room over if it’s dead ”.

Wallace began his career in comedy as a writer for “The Redd Foxx Show” and made a huge splash on the stand up scene as one of 150 competitors on the cable television special “The Big Laugh Off”, where he captured the first place prize. Recently, Wallace appeared on the hit show “Comedians in Cars Getting Coffee” with Jerry Seinfeld, his longtime best friend and starred alongside Morgan Freeman in the film “Just Getting Started” and also in “The Last Laugh,” alongside Richard Dreyfus and Chevy Chase.

He recently launched a 2020 residency at the Westgate Las Vegas Resort & Casino prior to the pandemic. Sin City showed its admiration by nicknaming him “The New Mr. Vegas.” Wallace was awarded a Lifetime Achievement Award at the Soul Train/Centric Comedy All-Star Awards; and won Best Stand Up Comedian at the prestigious American Comedy Awards. His first book, LAFF IT OFF (Chaite Press) was published in 2014 now followed by his new release, “BullTwit…and Whatnot” The Online Ramblings of GEORGE WALLACE with Foreword By Patton Oswalt. For more information visit www.GeorgeWallace.com

Have a passion? We give your passion a voice, a platform from which it can speak.

The Venn Playbook: How to Win the Startup Game

The Venn Playbook is a deep dive into the principles that have led him and successful entrepreneurs to start, grow, and sell a successful business. Using the book as a guide, readers will be able to gain actionable information to move from a purpose-driven startup, through the valley of death and on to profit and security.

The Venn Effect: An Entrepreneur’s Guide to Success Through Purpose, Second Edition

How one entrepreneur went from selling sea shells to treating cancer.

How to find success at what you love, what you're good at, and what makes enough money.